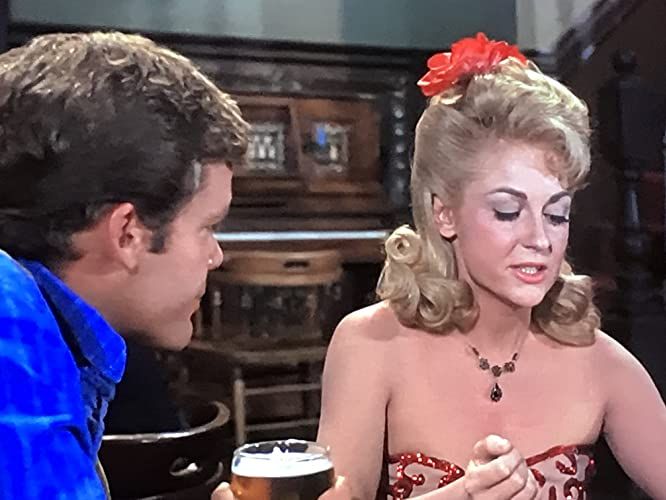 (s. 5 ep. 4) After helping deliver a herd of horses, Trampas decides to take a few days to visit an old friend nearby but he arrives in time for his friend’s funeral. He is bothered by the circumstances of his death, so he decides to investigate. Another strong episode sees McClure give one of his best performances in the series as he tries to uncover the events leading to the death of his old friend. Whilst the guest cast performances are a little mixed, Anderson stands out as a gunfighter turned deputy who tangles with McClure. The story builds nicely to its final shootout, which is seemingly resolved all too quickly given the swift import of five gunmen to support Anderson. The tension, however, is heightened by Waxman’s music score, a luxury for a TV series using such a distinguished composer. Jon Drury is the brother of series star James Drury.