After more than a year, I decided to give the new Shaft another go. Whilst I enjoyed it more, I still can’t get past its faults and haven’t changed my opinion that it was a wasted opportunity…

JJ, aka John Shaft Jr. (Usher), may be a cyber security expert with a degree from MIT, but to uncover the truth behind his best friend’s untimely death, he needs an education only his dad can provide. Absent throughout JJ’s youth, the legendary locked-and-loaded John Shaft (Jackson) agrees to help his progeny navigate Harlem’s heroin-infested underbelly. And while JJ’s own FBI analyst’s badge may clash with his dad’s trademark leather coat, there is no denying family. Besides, Shaft’s got an agenda of his own, and a score to settle that is both professional and personal. This belated fifth film in the Shaft series is a misguided attempt to blend comedy with violent action. Although the comedy only occasionally strays into being too broad, the whole tone – mixing what could have been a serious story about drug smuggling with the generational gap in father/son relationships – is just off. Jackson does what Jackson does and for the most part does it well. Usher struggles to find the right level of performance, whilst Roundtree almost saves the movie with a neat cameo in the finale. Ultimately, however, it is difficult to buy into what Story is selling. Whilst it may please the popcorn crowd in search of mindless entertainment with its flashy visuals and hip dialogue, it will almost universally disappoint fans of the original movies through its lazy story-telling and its looking down on the Shaft legacy. Most of the movie was shot in Atlanta, doubling for New York. 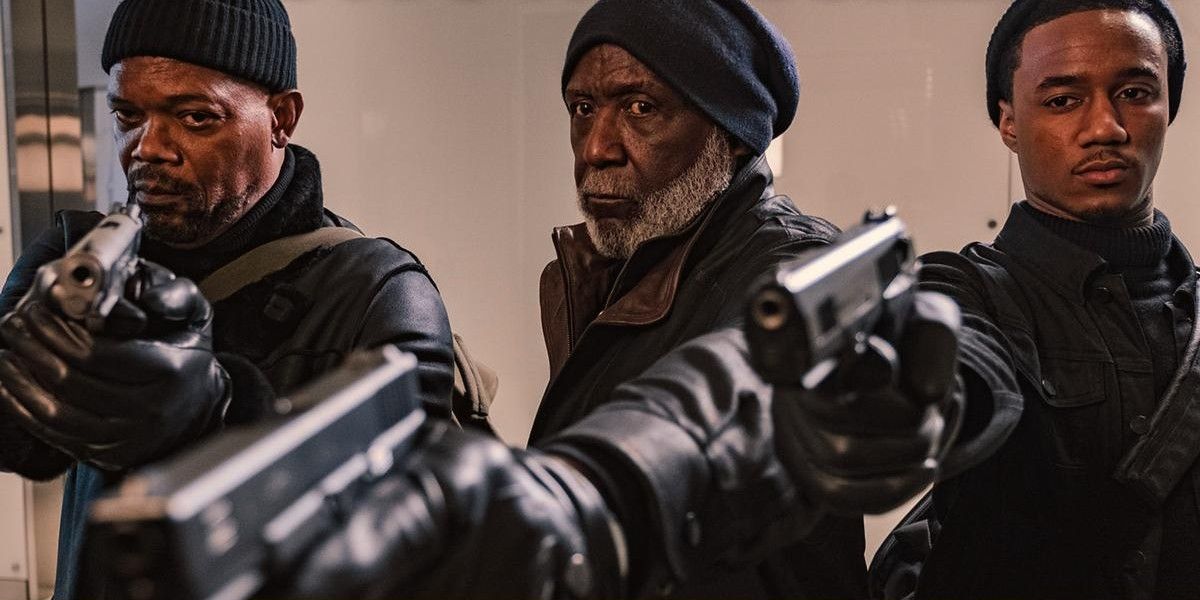