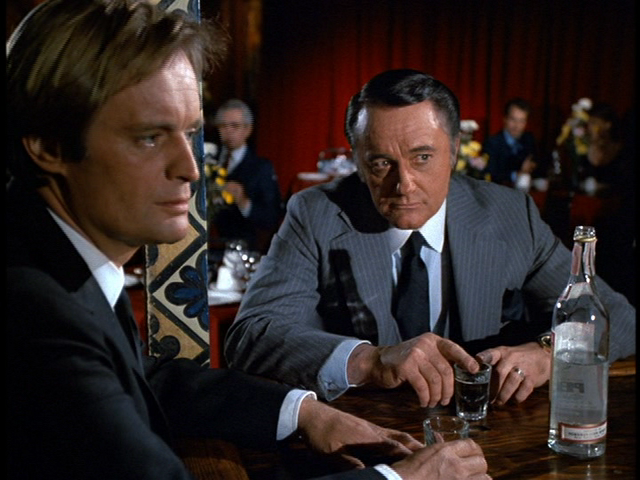 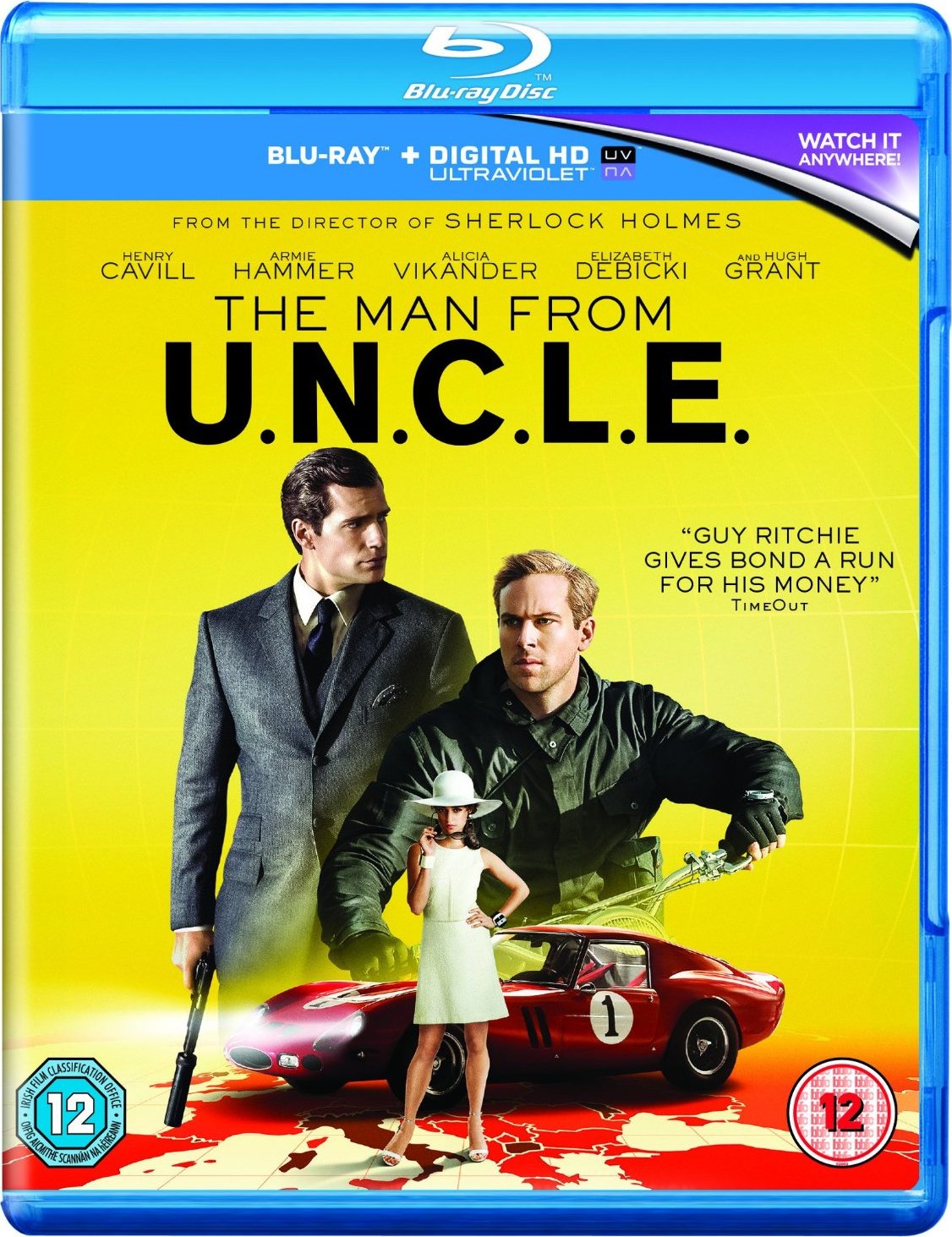 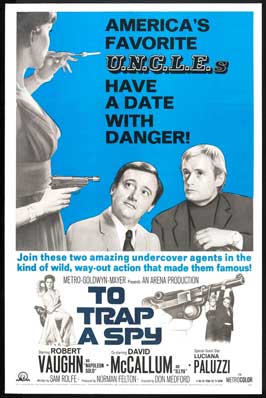 To Trap a Spy (1964; USA; Metrocolor; 92m) ∗∗∗  d. Don Medford; w. Sam Rolfe; ph. Joseph F. Biroc; m. Jerry Goldsmith.  Cast: Robert Vaughn, Luciana Paluzzi, Pat Crowley, Fritz Weaver, William Marshall, Will Kuluva, David McCallum, Ivan Dixon, Victoria Shaw, Eric Berry, Miguel Ángel Landa. The pilot for the TV series The Man from U.N.C.L.E., re-edited and released to theatres as a feature. U.N.C.L.E. discovers that W.A.S.P. killer Andrew Vulcan plans to assassinate a visiting African leader, Premier Ashumen, while he’s on a tour of Vulcan’s factory. Whilst lacking the scope and grandeur of the James Bond films that inspired it, this is still a fun spy thriller. Vaughn and Crowley spark nicely off each other, but McCallum has only a background role. Followed by THE SPY WITH MY FACE (1965). [PG] 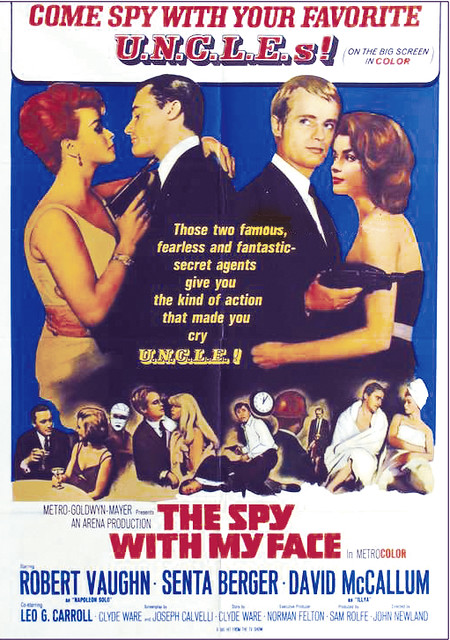 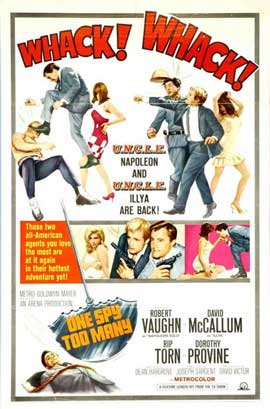 One Spy Too Many (1966; USA; Metrocolor; 98m) ∗∗½  d. Joseph Sargent; w. Dean Hargrove; ph. Fred J. Koenekamp; m. Gerald Fried.  Cast: Robert Vaughn, David McCallum, Rip Torn, Dorothy Provine, Leo G. Carroll, David Opatoshu, James Hong, Yvonne Craig. Megalomaniac Alexander wants to be like Alexander the Great. His plan is to commit the world’s greatest crimes to expand his industrial empire. Fairly enjoyable spy hokum, which despite low production values and a dodgy script is enlivened by well-staged action sequences, some witty lines and a winning supporting performance by Provine. Torn makes for an enigmatic villain. Expanded from the second-season opener, “The Alexander the Greater Affair” of The Man from U.N.C.L.E. with additional scenes filmed for theatrical release. Based on a story by David Victor. Followed by ONE OF OUR SPIES IS MISSING (1966). [PG]