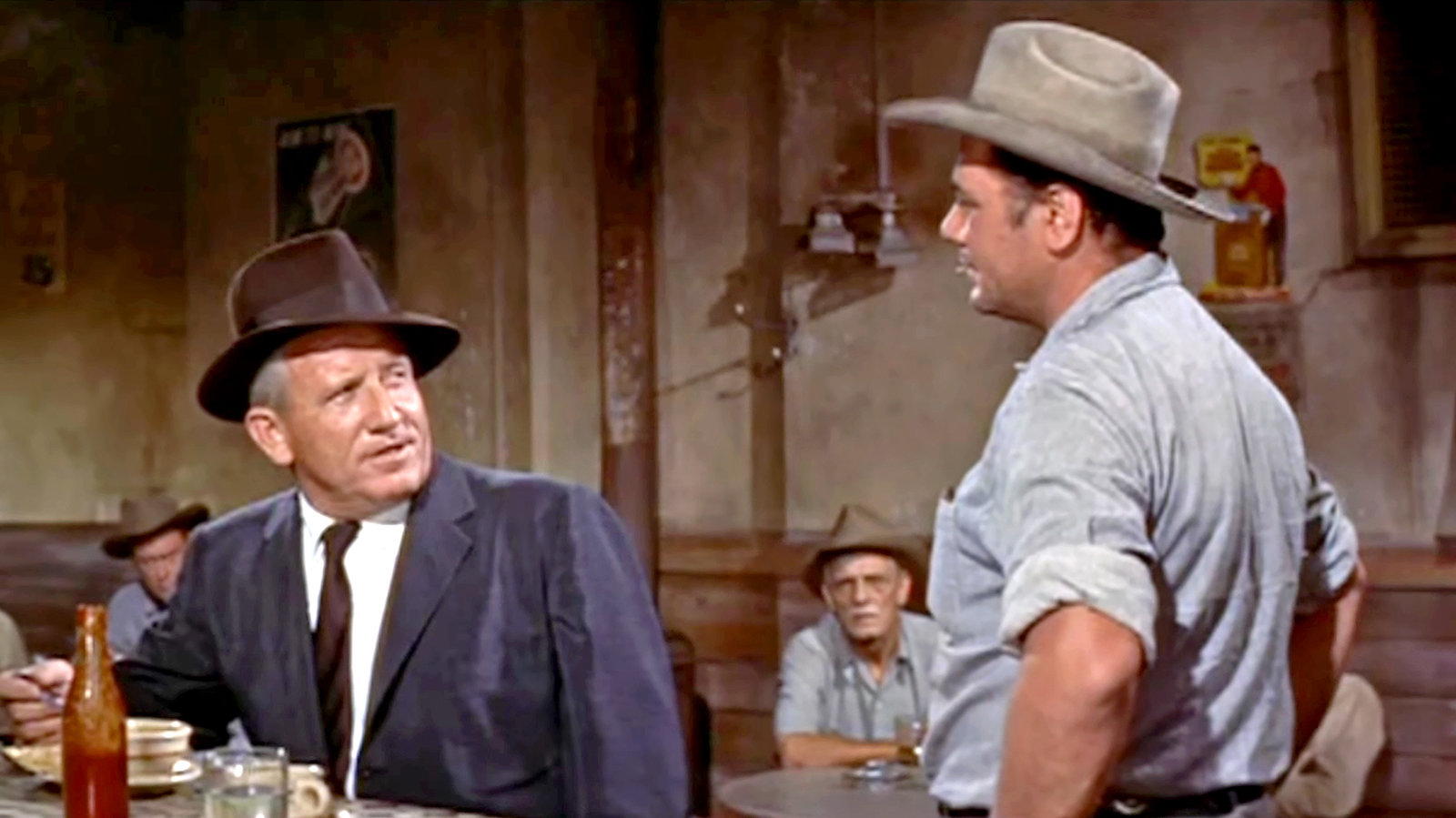 John J. MacReedy (Tracy), is a one-armed stranger who comes to the tiny town of Black Rock one hot summer day in 1945, the first time the train has stopped there in years. He looks for both a hotel room and a local Japanese farmer named Komoko, but his inquiries are greeted at first with open hostility, then with blunt threats and harassment, and finally with escalating violence. MacReedy soon realizes that he will not be allowed to leave Black Rock; town boss Reno Smith (Ryan), who had Komoko killed because of his hatred of the Japanese, has also marked MacReedy for death. MacReedy must battle town thugs, a treacherous local woman (Francis), and finally Smith himself to stay alive. The film has an excellent script that creates an air of mystery and intimidation, which Sturges maximises through his economic shooting. Tracy is superb as the mysterious visitor and is supported by an excellent cast that includes Ryan as the influential rancher; Borgnine and Marvin as Ryan’s muscle; Francis as the only girl in town whose brother played by Ericson proves to be their weak link; and Brennan and Jagger as the town doctor and drunken sheriff ashamed of their past. The confrontation between Tracy and the townsfolk grows as the story plays out to its inevitable and ironic conclusion. Whilst the ending may seem a little hurried and convenient, taken as a whole, the film is a textbook example of building suspense through character and dialogue.