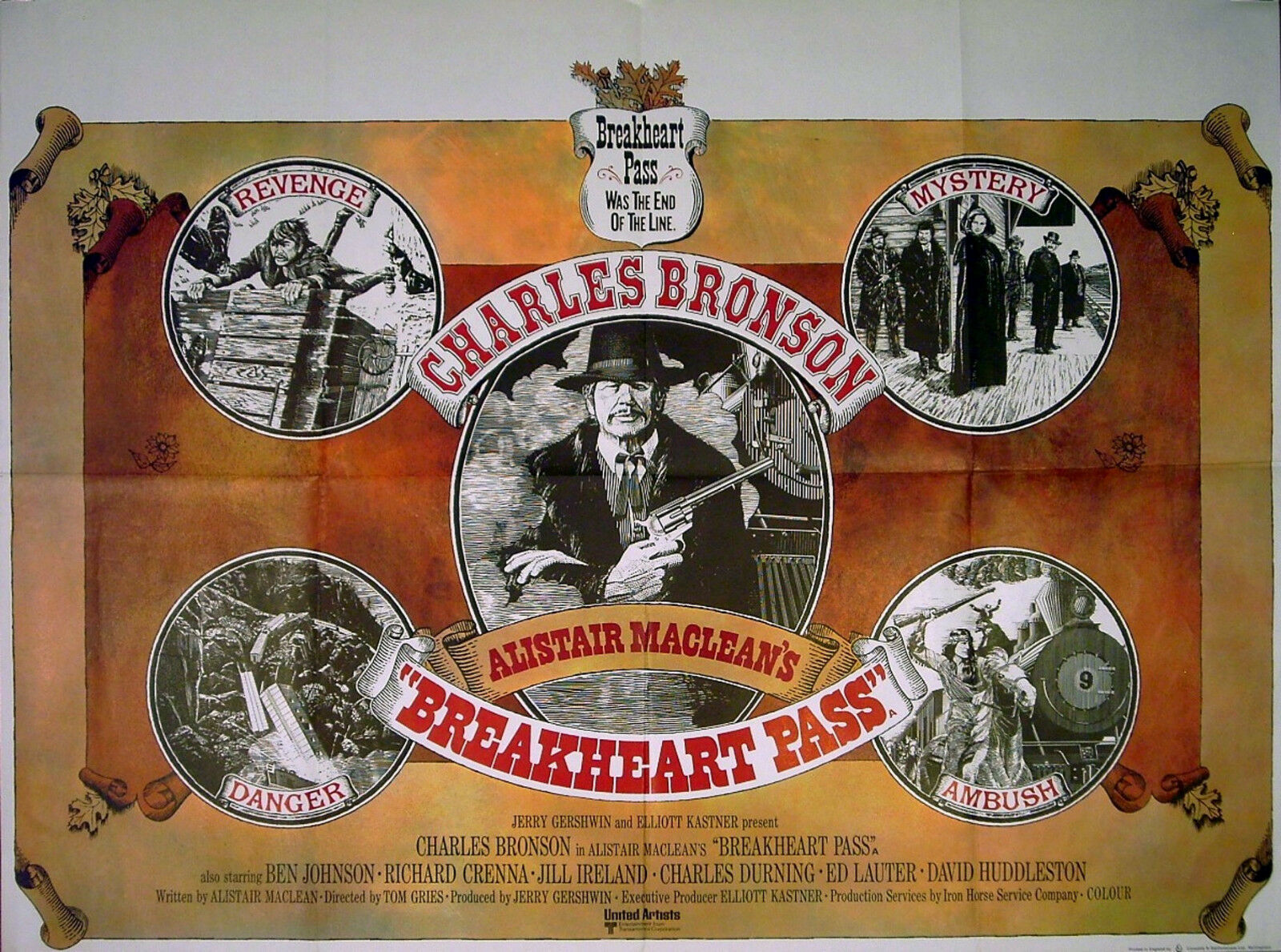 When diphtheria breaks out at Fort Humboldt, a train is dispatched with medical supplies and relief troops. Also on board are Utah’s governor (Crenna), his mistress (Ireland), a marshal (Johnson) and his prisoner, outlaw John Deakin (Bronson). As the train passes through the mountains, soldiers go missing, telegraph lines are cut, and it is discovered that there is no epidemic. There is a conspiracy afoot, and it is up to Deakin, who is actually a federal agent, to expose it. A mix of traditional Western with Agatha Christie’s “Murder on the Orient Express” and Alistair MacLean’s “nothing is quite what it seems” school of fiction, this is an entertaining and well shot mystery. The confinement of the train setting adds challenges to the narrative as the narrow corridors make it difficult to buy into the skullduggery. However, a game cast is on hand to make the most of the material and the winter location photography adds a bleakness that is in sync with the material. The shootout finale does seem like a concession to Western fans, but the mystery elements work reasonably well. Although set in Nevada, the film was shot in Idaho.