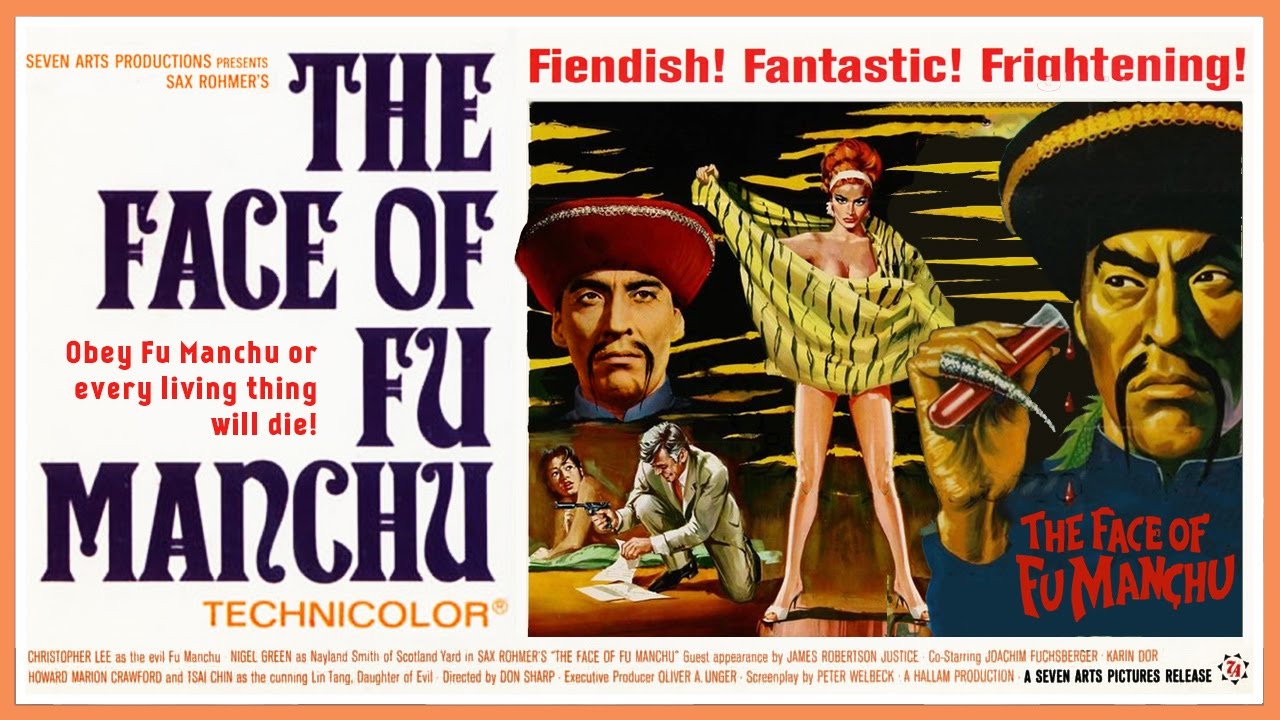 Faced with a crime wave involving Orientals and drugs, Nayland Smith (Green) of Scotland Yard begins to suspect that it is masterminded by Fu Manchu (Lee), although he himself witnessed the latter’s execution in China some years previously. This highly entertaining and fast-moving adventure has a spirit of the old movie serials. Sharp keeps the plot moving and directs with an enthusiastic zeal. The cast are game too and their performances carry a conviction that elevates the material. Lee is commanding as Fu Manchu and Green authoritative as Nayland Smith. The stunt work on the many fight sequences is excellent (despite the stunt doubles being a little obvious), although you must wonder about old Fu’s recruitment programme given the ineptitude of his followers. Cold and bleak Irish locations double for Tibet and the film was successful enough to spawn several sequels. Followed by THE BRIDES OF FU MANCHU (1966), THE VENGEANCE OF FU MANCHU (1967), THE BLOOD OF FU MANCHU (1968) and THE CASTLE OF FU MANCHU (1969).