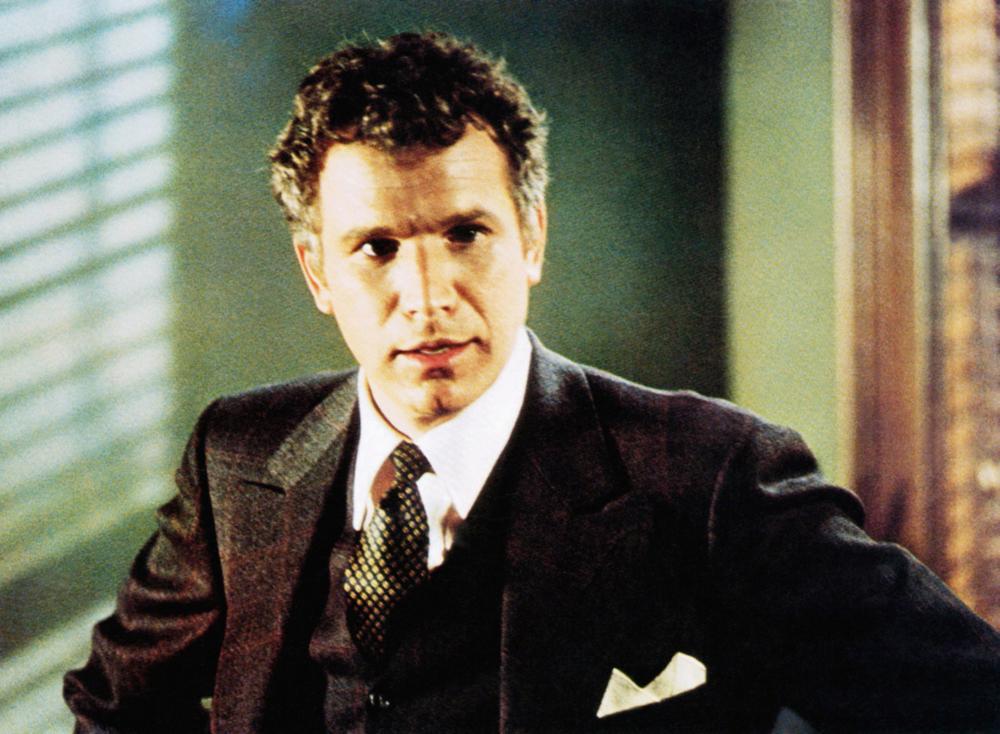 Jake Axminster (Rogers) is a hard-boiled, wise-cracking private eye in 1934 Los Angeles. Mary Kingston (Baxter) hires him to prove her innocence because she is being framed for murdering her boyfriend, and the police are seeking her whereabouts. Jake hides her in a beach house and begins his investigation. He discovers that Mary and her boyfriend witnessed a Alex Sebastian’s (Hugo) murder at a party on the previous night, and she fled but her boyfriend was captured and killed. Sebastien was a reporter who was about to publish a story of some importance, concerning the date of November thirteenth. Following in the wake of CHINATOWN (1974) this was a valiant attempt by Universal to capture the same blend of period atmosphere, themes of corruption and a Chandler-esque mystery. The result is a mixed bag with the positives being the period detail in the production design and some smart dialogue. On the minus side are the unimaginative and sometimes flat direction and a disappointing denouement. Rogers essays James Garner in his interpretation of the down-at-heel private eye but he lacks Garner’s charm. Nevertheless, his enthusiastic performance occasionally hits home. A strong support cast is on hand, notably the excellent Joyce as Rogers’ secretary who combines her work with running the phone lines for the city’s hookers. Joyce has a natural comic flair which elevates the material when she is on screen. James is the corrupt cop who beats on his prisoners and Baxter has fun as the fugitive starlet. The script, by veterans Stephen J. Cannell and Roy Huggins, could have been sharpened further, but the production was a hasty one with the series being a mid-season replacement. The promise on show here would occasionally surface over the series’ next ten episodes before it was cancelled due to low ratings just as it was building a head of steam. Whilst this three-part story served to introduce the series to its US audience, it was edited to 103 minutes and released in cinemas in the UK, Europe, Australia, Central and South America. The film was based on a notorious 1933 American conspiracy known as the Business Plot, which involved wealthy businessmen trying to bring down United States President Franklin D. Roosevelt in a coup.