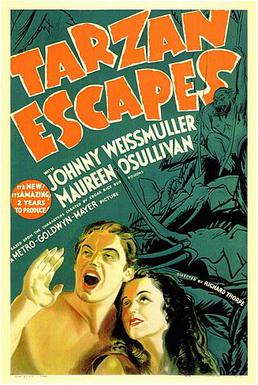 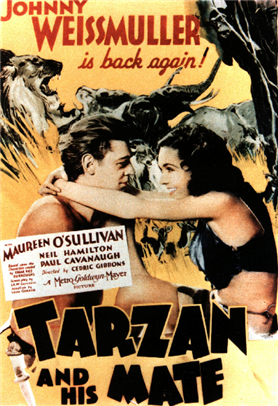 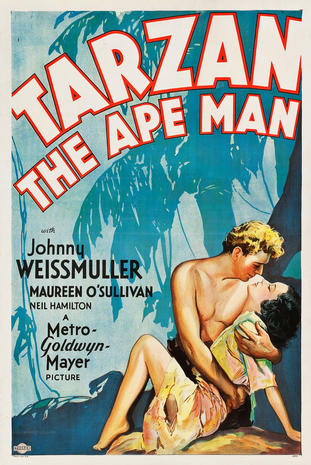 Tarzan the Ape Man (1932; USA; B&W; 100m) ∗∗∗∗  d. W.S. Van Dyke; w. Cyril Hume, Ivor Novello; ph. Clyde De Vinna, Harold Rosson; m. William Axt (musical director).  Cast: Johnny Weissmuller, Neil Hamilton, Maureen O’Sullivan, C. Aubrey Smith, Doris Lloyd, Forrester Harvey, Ivory Williams. A trader and his daughter set off in search of the fabled graveyard of the elephants in deepest Africa, only to encounter a wild man raised by apes. The first talkie Tarzan movie set the bar for what followed. This is an energetic and exciting production. Weissmuller makes an athletic and savage Tarzan superbly conveying a life spent growing up amongst the apes. O’Sullivan is his Jane and their chemistry makes their scenes together playful. Be aware this splendid production is an adult entertainment due to the levels of violence on screen. Based upon the characters created by Edgar Rice Burroughs. Considerable stock footage used from TRADER HORN (1931). Followed by TARZAN AND HIS MATE (1934). [PG]