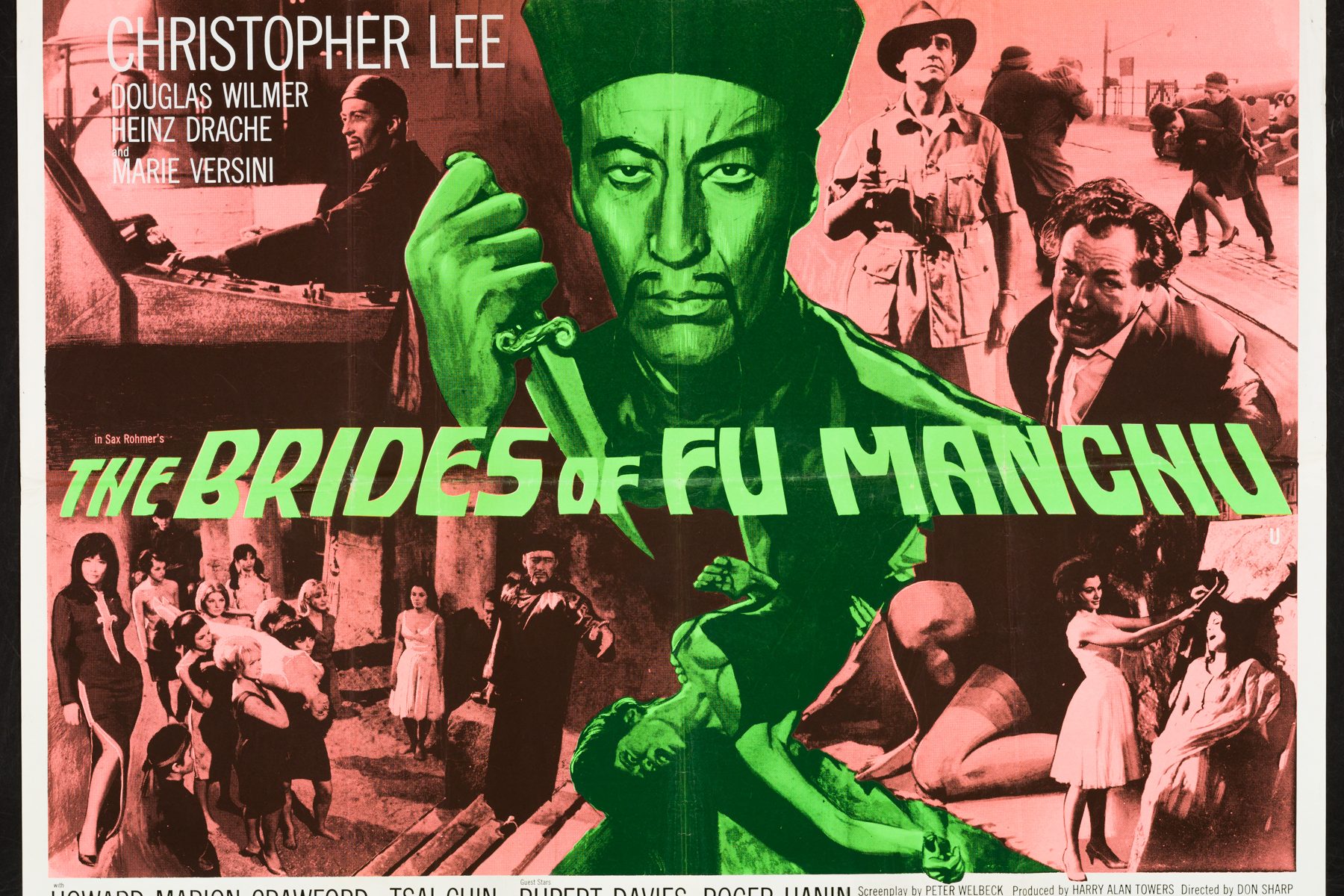 In 1924, Dr. Fu Manchu (Lee), his army of dacoits and his vicious daughter Lin Tang (Chin) are kidnapping the daughters of prominent scientists and taking them to his remote island, where he demands that the fathers help him to build a device that transmits blast waves through a radio transmitter, which he intends to use to take over the world. He plans to keep (even wed) the girls in question. But Dr. Fu Manchu’s archenemy, Nayland Smith (Wilmer) of Scotland Yard, is determined not to let that happen. Lee returns as the evil Fu in the decent follow-up to THE FACE OF FU MANCHU (1965). The film repeats the same formula and adds little that is new, but the direction is lively and the pace quick. The dialogue and script are strictly comic book, of course, and the performances vary in quality. Wilmer replaced Nigel Green in the role of Scotland Yard’s Nayland Smith, whilst Crawford returns as his sidekick Petrie – the pair striking up something akin to a Holmes/Watson dynamic. Chin exudes a sadistic menace as Fu’s daughter. Good location work and period detail for the limited budget. US release includes a 1m prologue reprise of the end of THE FACE OF FU MANCHU (1965). Followed by THE VENGEANCE OF FU MANCHU (1967).