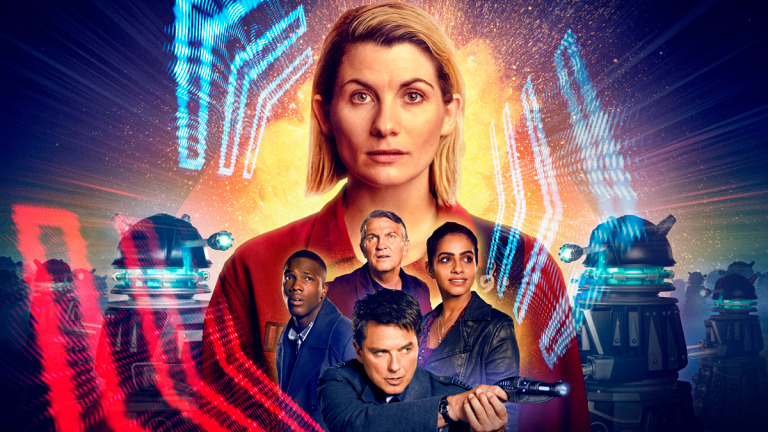 The Doctor is imprisoned halfway across the universe. On Earth, the sighting of a Dalek alerts Ryan, Graham and Yaz. Can the return of Captain Jack Harkness help them stop a deadly Dalek takeover? A disappointing special which is failed by a script that is full of plot holes and is decidedly lazy, skirting over key narrative progressions. It also fails to make the most of its dramatic potential – for example Jack and Yaz’s discovery of the Tokyo Dalek factory should have been the surprise reveal, but we had already been introduced to it a few scenes earlier. The whole threat lacks the global and epic scope its plot suggests, and the wrap-up is far too convenient. Barrowman’s return is welcome, but he disappears at the story’s conclusion. Noth’s performance is way over the top and just as unconvincing as it was in his previous appearance in ARACHNIDS IN THE UK (2018). Moments of character introspection are welcome and help to add some explanation of motivation. Whittaker is okay as the Doctor, but still lacks the presence of previous incarnations. The Daleks are great in both traditional and new designs and the clash of different factions recalls earlier episodes – notably REMEMBRANCE OF THE DALEKS (1988). Technical values are high and the episode is nicely shot, but the direction of Jones fails to overcome the limitations of Chibnall’s script.