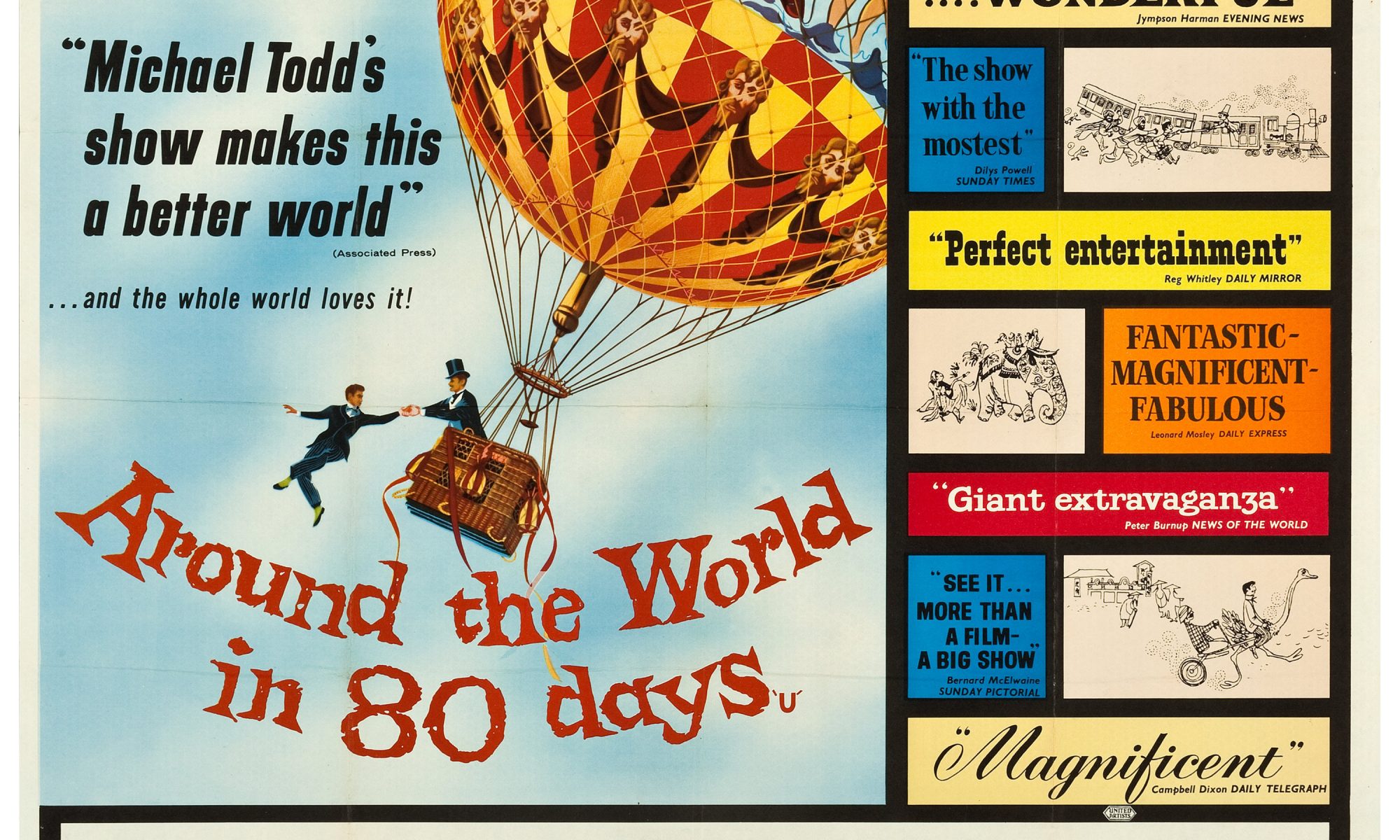 Niven heads the huge cast as the supremely punctual Phileas Fogg, who places a £20,000 wager with several fellow members of London Reform Club, insisting that he can go around the world in eighty days (this, remember, is 1872). Together with his resourceful valet Passepartout (Cantinflas), Fogg sets out on his journey from Paris via balloon. Meanwhile, suspicion grows that Fogg has stolen his money from the Bank of England. Diligent Inspector Fix (Newton) is sent out by the bank’s president (Morley) to bring Fogg to justice. In India, Fogg and Passepartout rescue young widow Princess Aouda (MacLaine, in her third film) from being forced into committing suicide so that she may join her late husband. The threesome visit Hong Kong, Japan, San Francisco, and the Wild West. Only hours short of winning his wager, Fogg is arrested by the diligent Fix. This lavish production is more of a triumph of logistical organisation than offering any real dramatic or comic worth. The travelogue and episodic nature of the story is lovingly captured in Anderson’s widescreen frame. Shots of a busy Victorian London are realised with style, whilst others around the globe mix location footage and studio inserts. Niven is at his best as the epitome of a stiff-upper-lipped Englishman. Cantinflas offers energetic support and acrobatic comic relief, whilst MacLaine has little to do in her role as the liberated Indian princess. There are longueurs – notably an extended bullfight sequence and endless stock locational footage inserts. but there is also good humour and a spirit that carries the production through. Many past and present stars appeared in cameos. The last film of both Harcourt Williams and Newton. Runs for 183m with entr’acte and exit music. Remade in 2004.