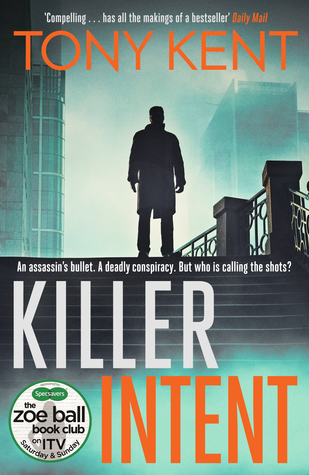 Blurb: When an attempted assassination sparks a chain reaction of explosive events across London, Britain’s elite security forces seem powerless to stop the chaos threatening to overwhelm the government. As the dark and deadly conspiracy unfolds, three strangers find their fates entwined: Joe Dempsey, a deadly military intelligence officer; Sarah Truman, a CNN reporter determined to get her headline; and Michael Devlin, a Belfast-born criminal barrister with a secret past. As the circle of those they can trust grows ever smaller, Dempsey, Devlin and Truman are forced to work in the shadows, caught in a life-or-death race against the clock, before the terrible plot can consume them all.

Enjoyment of this book will depend pretty much on your willingness to buy into the increasingly implausible plot presented. The story has its twists and turns, but none of these came as a surprise and the motivation and actions of the chief villain of the piece increasingly defied logic. Kent has two strong heroes in Dempsey and Devlin and a gutsy heroine in Truman. However, the latter character takes an increasingly back-seat role, having been the conduit for the early action. The book then descends into a stereotypical chase with a hostage/shootout climax that is somehow unfulfilling.

The book could have been more tightly edited. There is not enough in terms of plot progression and characterisation to warrant a 530-page count. The motivations of the characters are drawn out and repeated through long monologues. The book is essentially pulp-fiction and in that genre quantity does not necessarily directly correlate with quality. Here, readers have too much time to think and absorb and that enables them to dwell on the plot’s incredulities. That said, there are moments of promise and Kent may well go on to refine his skills as the series progresses – there is a swift set-up for follow-up stories in this tale’s closing pages. He has a good handle on action scenes, which will ensure his writing remains popular with a like-minded readership.

Unfortunately, the moments of promise are undermined by its preposterous plot resulting in a book that both pleases and frustrates at the same time.