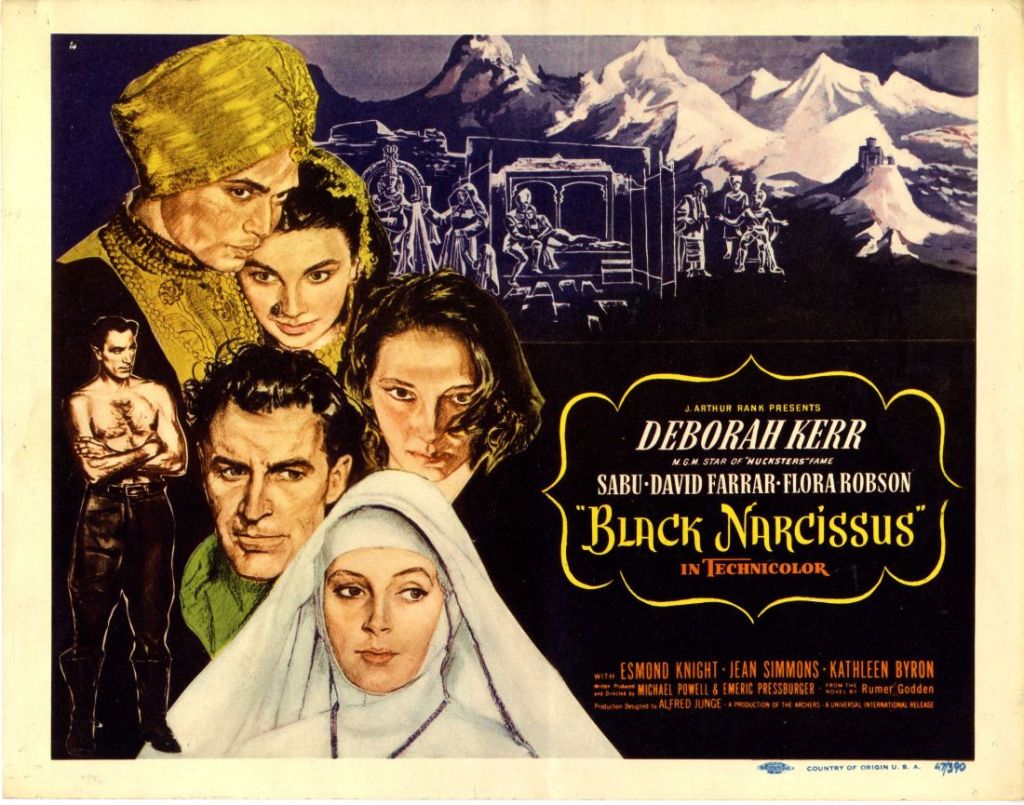 A group of Anglican nuns, led by Sister Clodagh (Kerr), are sent to a mountain in the Himalayas. The climate in the region is hostile and the nuns are housed in an odd old palace. They work to establish a school and a hospital, but slowly their focus shifts. Sister Ruth (Byron) falls for a government worker, Mr. Dean (Farrar), and begins to question her vow of celibacy. As Sister Ruth obsesses over Mr. Dean, Sister Clodagh becomes immersed in her own memories of love. The tension is slow build in this superbly shot tale of sexual repression. The theme is represented by Kerr and Byron’s struggles to come to terms with their celibacy and young native girl Simmons’ need for sexual expression. All this was quite daring in 1947 and the film was heavily cut on its initial release in the USA. Powell and Pressburger take their time in building the antagonism between the characters until a perfect final act in which the suppressed rage boils to the surface in Byron’s superbly unhinged Sister Ruth. Make-up design, superb colour photography (Cardiff’s use of lighting and colour tones is exemplary) and editing all come together magnificently to produce this climactic dramatic cocktail. The backdrops were blown-up black-and-white photographs. The Art Department then gave them their breath-taking colours by using pastel chalks on top of them. Remade as a TV mini-series in 2020.