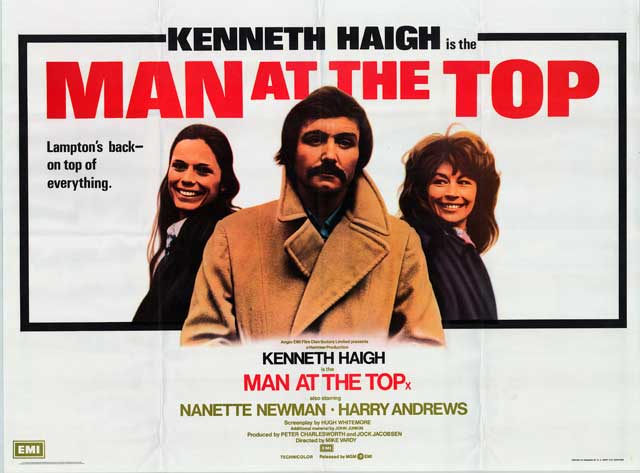 Northerner Joe Lampton (Haigh) becomes involved with Lord Ackerman (Andrews), the powerful chairman of a pharmaceutical concern, his beautiful wife Alex (Newman), and daughter Robin (Maude). But trouble starts when Joe is made Managing Director of one of Ackerman’s companies and makes a shocking discovery: his predecessor committed suicide. Mixing business conspiracy and social comment this third cinematic take on John Braine’s ambitious working class career climber has its moments without ever really catching fire. Haigh’s performance lacks a certain subtlety, accurately capturing the nature of his character but making him a little too one-dimensional in the process. The moral that plays out is “if you can’t beat ’em, join ’em” and there is a certain hypocrisy in Lampton’s self-serving actions. The film is shot with an element of cold realism heightened by Budd’s spare score. Whilst Haigh is on screen the story is always interesting if its path leads to an unsatisfying, if inevitable, conclusion. Based on the TV series (1970-2), which in turn followed ROOM AT THE TOP (1959) and LIFE AT THE TOP (1965).