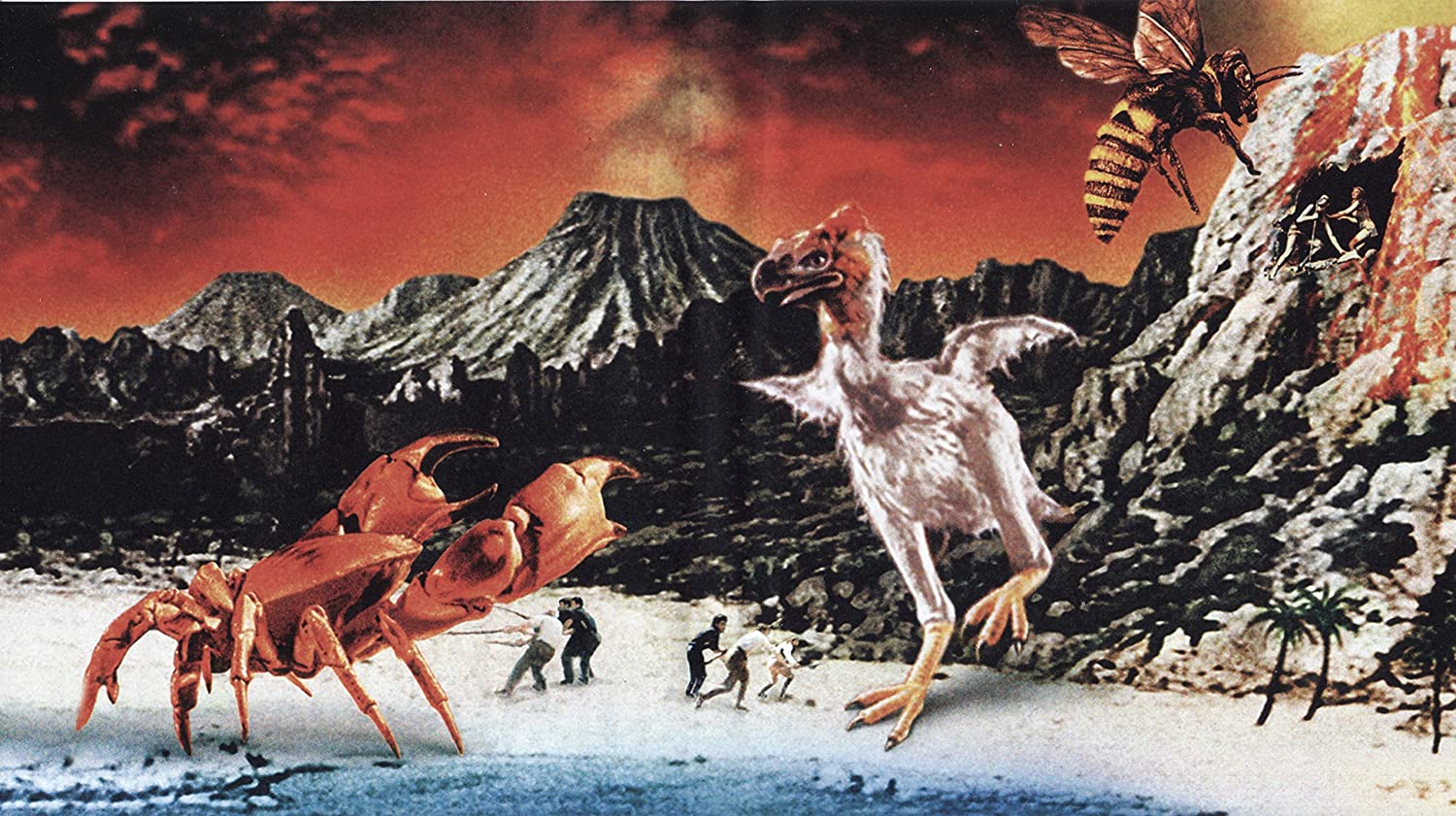 MYSTERIOUS ISLAND (1961, UK/USA, 101m, U) ***
Adventure, Family, Sci-Fi, Fantasy
dist. Columbia Pictures; pr co. Ameran Films; d. Cy Endfield; w. John Prebble, Daniel Ullman, Crane Wilbur (based on the novel by Jules Verne); pr. Charles H. Schneer; ph. Wilkie Cooper (Technicolor | 1.66:1); m. Bernard Herrmann; ed. Frederick Wilson; ad. William C. Andrews; vfx. Ray Harryhausen.
cast: Michael Craig (Capt. Cyrus Harding), Joan Greenwood (Lady Mary Fairchild), Michael Callan (Herbert Brown), Gary Merrill (Gideon Spilitt), Herbert Lom (Captain Nemo), Beth Rogan (Elena Fairchild), Percy Herbert (Sgt. Pencroft), Dan Jackson (Cpl. Neb Nugent).
Jules Verne’s sequel to “20,000 Leagues Under the Sea” is vigorously adapted here but the production lacks narrative clarity seeming more like a series of episodic action set-pieces strung together. The film logs the experiences of a group of escaped Union soldiers, led by Craig, marooned on a fantastic island populated by outsized animals. The action scenes are directed with energy by Endfield and the story is never dull. The result though is a lack of characterisation with the cast merely acting as props around which the action is based. Craig does his best in the lead role whilst Herbert delivers one of the worst southern accents committed to film. Lom’s late appearance as the charismatic Nemo gives him little time in which to make his mark. The stop-motion monster effects by Harryhausen may now seem dated, but they captured the imagination back in the day. Herrmann’s foreboding score helps raise the tension. Previously filmed in 1929 then remade in 1973, 2005 and 2012. Adapted for TV in 1995.