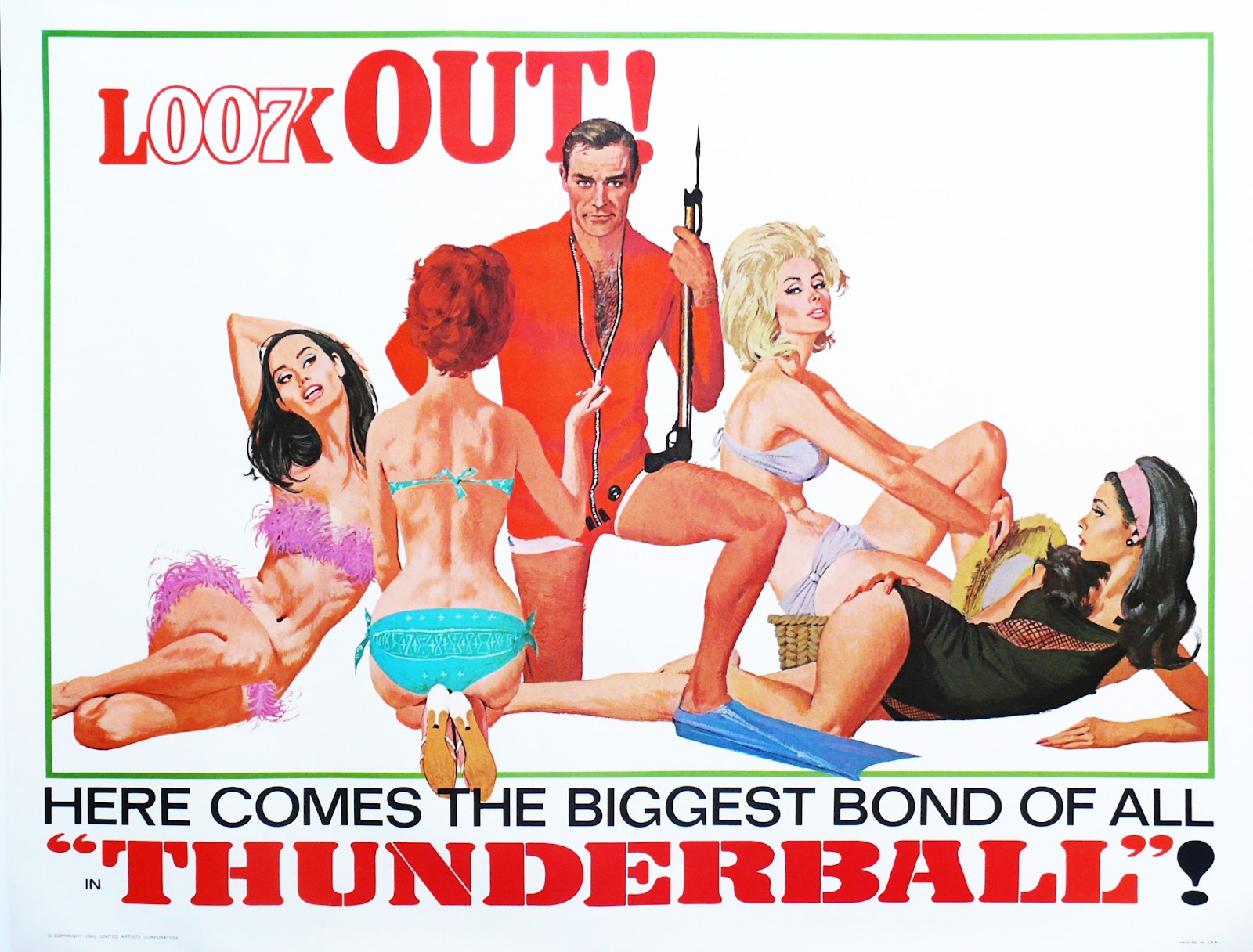 When a British Vulcan bomber is stolen with two atomic bombs on board. S.P.E.C.T.R.E. announce that they have the plane and will detonate the bombs unless one hundred million dollars worth of uncut diamonds are delivered. James Bond (Connery) tracks the plane down to the Bahamas but still has to deal with the deadly Emilio Largo (Celi). This was the biggest Bond film of the 1960s and is one of the best. Connery is at the height of his game here and the story has a scale that is larger than any of the previous entries. The underwater sequences may tend toward the slow side, but on the whole the story moves along at a good clip and is well edited. The humour is more evident, but it is still kept in check. Paluzzi is one of the best Bond villainesses and her verbal and literal tussles with Connery are memorable. The Bahamas are well photographed, and the underwater staging is handled with skill by second unit director Ricou Browning. Followed by YOU ONLY LIVE TWICE (1967). Remade with Connery as NEVER SAY NEVER AGAIN (1983).