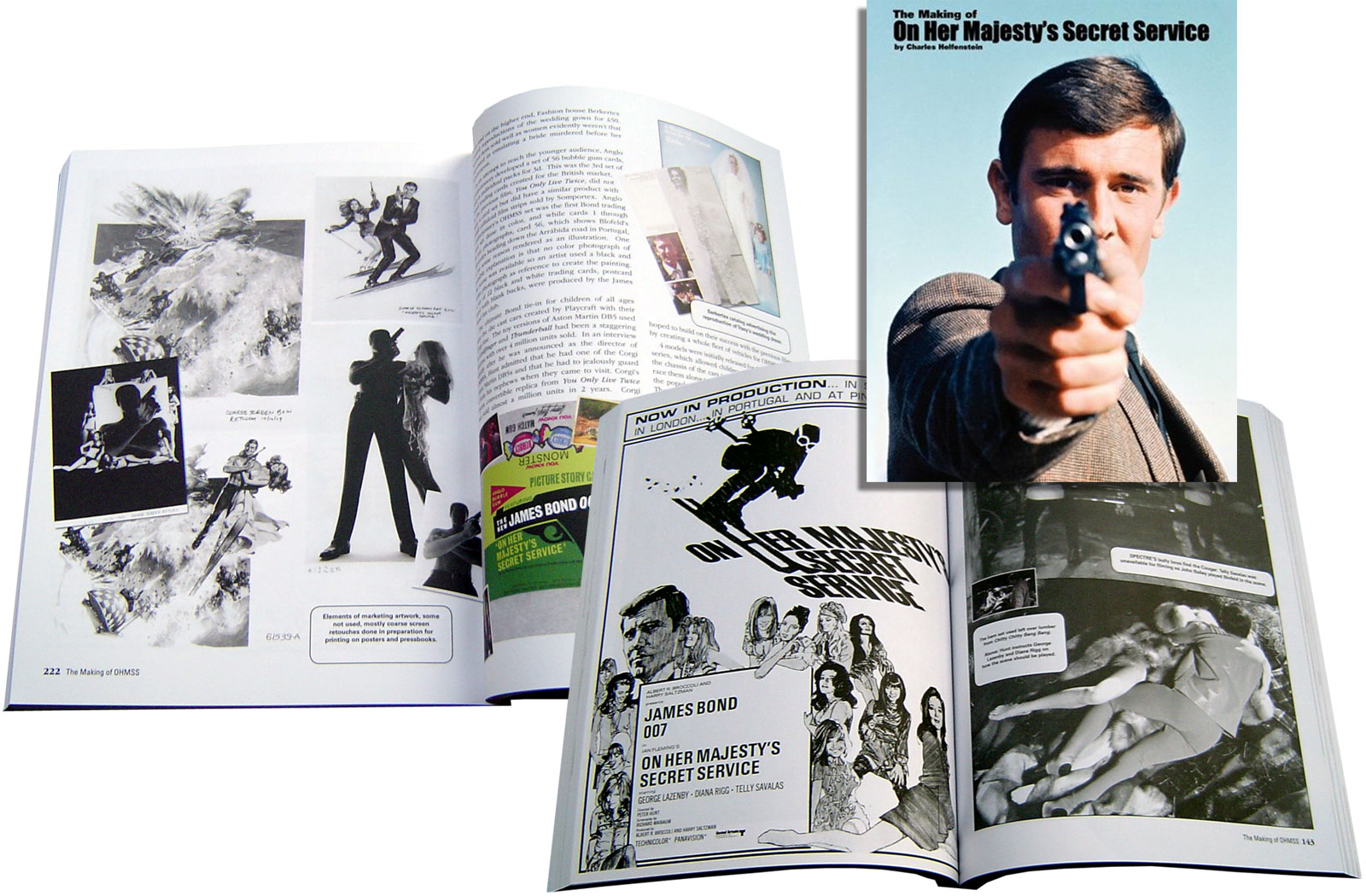 Blurb: Step back in time to the late 1960s, when Sean Connery resigned from playing James Bond, producers Harry Saltzman and Cubby Broccoli decided to gamble and doubled down with an untested director and an unknown star and came up with the crown jewels: On Her Majesty’s Secret Service. Based on years of research, hundreds of interviews, and exclusive access to the archives of author Ian Fleming, screenwriter Richard Maibaum, and director Peter Hunt, this inside look features never-before-published script details, storyboards, production documents, interviews, memos, marketing material, call sheets, and hundreds of rare, behind-the-scenes photographs of the cast and crew, including sequences and entire sets not seen in the film. From novel to script to screen, this book details the incredible journey of making the most unique entry in the James Bond film series, the longest running, most successful film franchise in history. This is not the white-washed “authorized” story, but the real story.

Comment: On Her Majesty’s Secret Service is unique in many ways in the James Bond movie canon. It was the first film in which the part of Bond was recast – Sean Connery having bowed out after five films with Australian model George Lazenby taking over; it would prove to be Lazenby’s one and only performance as Bond; it would be Peter Hunt’s one and only film as director; it would be the only film in which Bond has a serious relationship and gets married. Released at the very end of the 1960s, there were rumblings that Bond may no longer be in vogue as the late 60s cultural revolution pushed cinema audiences to young and hip movies like Easy Rider. These factors led to the film getting a mixed reaction from critics and audiences. Another factor was that the Connery Bonds had become bigger and bigger and more outlandish and OHMSS was a back to basics approach, eschewing the gadgets and became the closest adaptation of one of Ian Fleming’s source novels in the series (director Hunt would always have a copy of the book with him during filming). The film, as well as Lazenby’s performance, has been re-assessed over the years and is now regarded as one of the very best in the series. Charles Helfenstein’s account of the making of OHMSS is an outstanding piece of research taking us from the novel to the scripting process to pre-production to casting to production to post-production and marketing to release and critical reception. It makes for a fascinating journey and tells the story of a director with a determined vision, a new star who was something of a maverick and a production team that put itself on the line to produce the best possible output. Helfenstein has drawn on his own interviews with cast and crew as well as archived information. The book is also packed with production photographs, trade ads, posters, lobby cards and details of marketing products. There is some detailed analysis of the various screenplays developed over a period of five years, including false starts. There is also detail of initial outlines for Diamonds Are Forever, written before Lazenby decided to withdraw from future Bonds. The result is a book that is a must for Bond fans and any movie scholar.