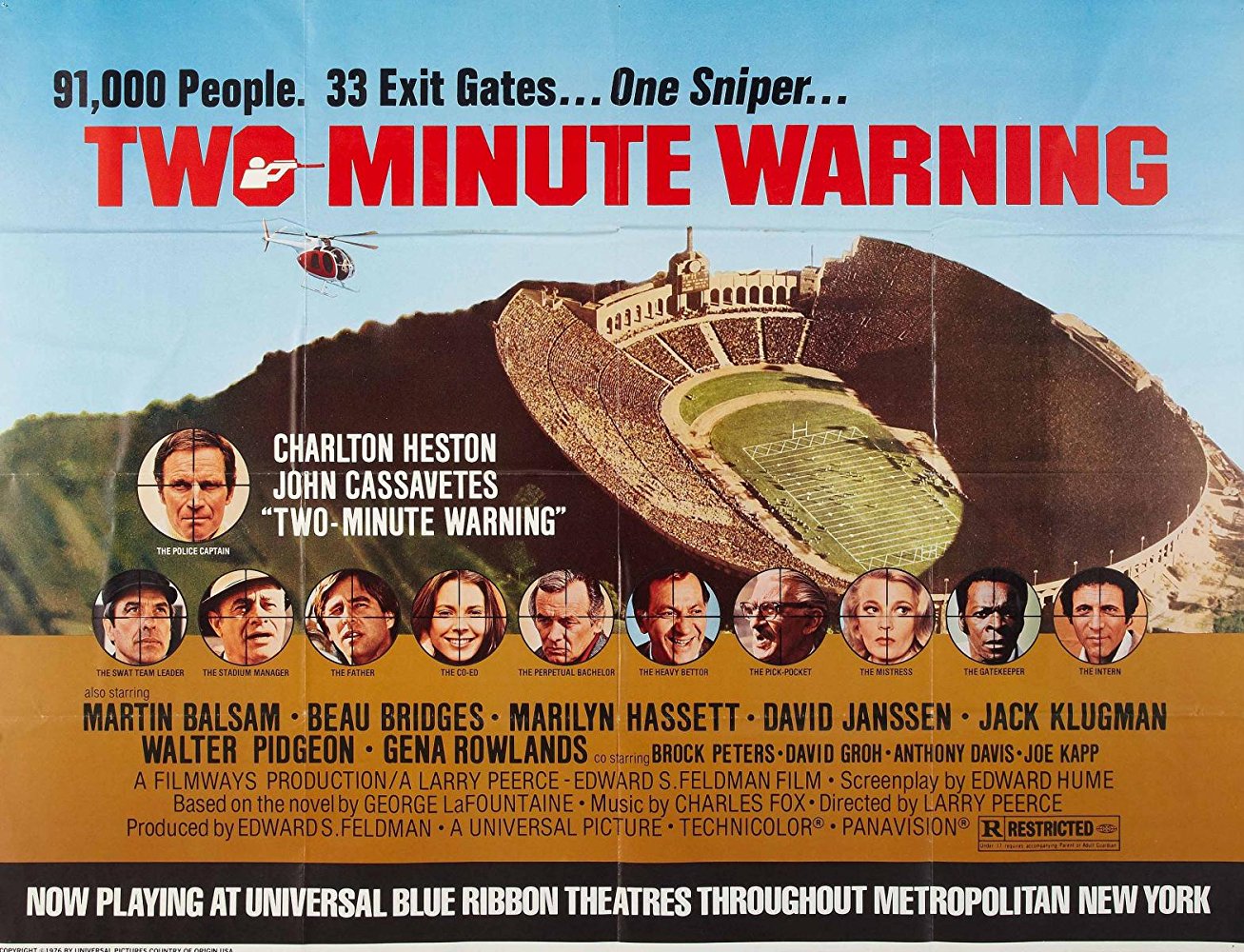 Peerce directed this story of a mad sniper loose in a football stadium. The Los Angeles Police Department, led by Capt. Peter Holly (Heston), learns that a madman is planning to open fire on football fans in a packed Los Angeles Coliseum. Holly finds himself at tactical odds with SWAT commander Sgt. Button (Cassavetes) as the fans — including gambler Sandman (Klugman), a pickpocket (Pidgeon), car salesman Steve (Janssen) and his girlfriend, Janet (Rowlands) — unknowingly risk their lives while the gunman takes aim. Peerce handles the material skilfully – notably during the chaotic climax as the crowd stampede for the exits.  Heston gives a square-jawed performance as the police captain and Cassavetes is perhaps overly-cynical as the SWAT team leader. The supporting cast of potential sniper victims is strong, although the dialogue they are given to work with is formulaic. The football stadium scenes are well staged – the game footage for the full stadium shots of the L.A. Coliseum were from a Pac-8 college match. Script-wise, there are lapses in logic in the police approach to the situation and it is hard to believe that only one member of the crowd seems to have noticed what is going on. The gunman is given no back story, which to an extent makes the scenario more unsettling and is resonant today in representing a society where the gun laws result in frequent single-handed multi-victim shooting incidents. The back story element was later rectified in the 1979 TV broadcast version of the film, which included  around 40m of new scenes substituting 30m of the original material. Additional cast members for the TV version included: Rossano Brazzi, James Olson, Paul Shenar, William Prince, Joanna Pettet, and Warren Miller. Peerce wisely asked for his name to be removed from the credits of the new version.