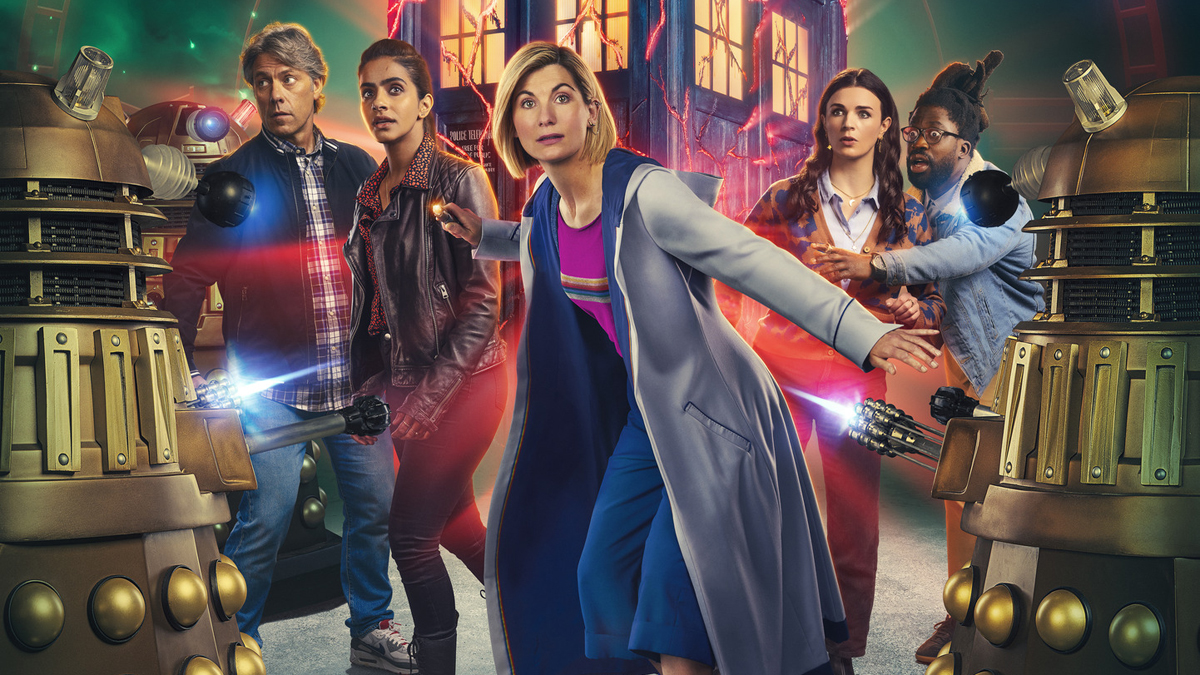 DOCTOR WHO: EVE OF THE DALEKS (2022, UK) ***
Adventure, Drama, Fantasy
dist. BBC One; pr co. BBC; d. Annetta Laufer; w. Chris Chibnall; pr. Sheena Bucktowonsing; ph. Robin Whenary (Colour. 2.00:1); m. Segun Akinola; pd. Dafydd Shurmer; b/cast. 1 January 2022 (UK); r/t. 58m.
cast: Jodie Whittaker (The Doctor), Mandip Gill (Yasmin Khan), John Bishop (Dan Lewis), Aisling Bea (Sarah), Adjani Salmon (Nick), Pauline McLynn (Mary), Nicholas Briggs (Daleks (voice)).
The third successive New Year Special in Chris Chibnall’s reign to feature the Daleks and it is fair to say this is the most low-key of them. Sarah (Bea) owns and runs ELF storage, and Nick (Salmon) is a customer who visits his unit every year on New Year’s Eve. This year, however, their night turns out to be a little different than planned with the appearance of an executioner Dalek. Like all stories using time loops as their basis, this one has several lapses in story logic and continuity. There is fun to be had, however, with Bea and Salmon delivering likeable characters and performances. As for the rest, there is little new or original on offer and the Daleks’ dialogue often feels out of character. Once again, the producers try to shoe-horn a companion’s infatuation and physical attraction to the Doctor, and it just feels like it is placed there to tick the diversity box as it adds nothing to the story itself. It will likely play out over Whittaker’s final two stories later this year. The result is a passable hour’s entertainment, but little from this or the FLUX series convinces me Chibnall will pull anything extraordinary out of the fire for his final two stories.