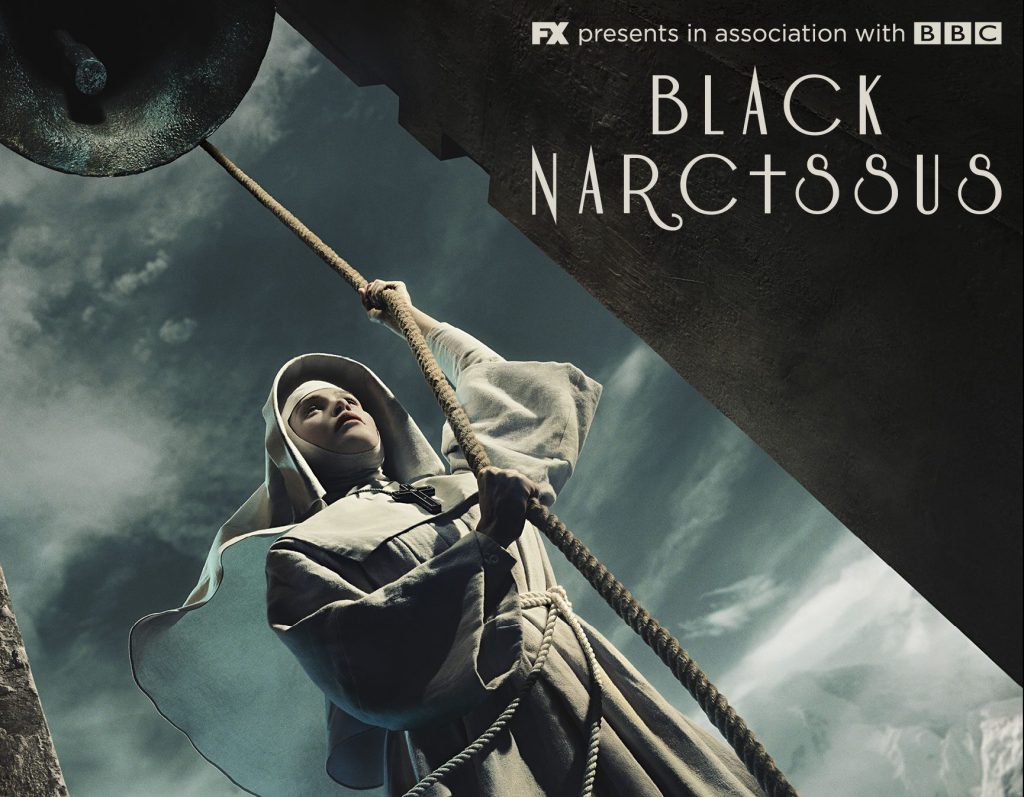 A group of nuns face challenges in the hostile environment of a remote old Himalayan palace that they wish to make a convent. This adaptation of the 1939 novel by Rumer Godden suffers from being drawn out over three one-hour episodes as there really is no three act structure to contain it. The story relies on a gradual building of tension as the nuns battle with their sexual repression and their environment. The pluses are the excellent production values and photography and Dudley’s baroque score. There are fine performances too from Arterton and Franciosi as well as Cavaliero. The tension builds nicely in the final half hour, but the drama could have been edited down into a two-hour version and delivered a stronger dynamic. Powell and Pressburger’s 1947 movie version therefore remains definitive, despite the valiant attempts to more accurately reflect the source material here.