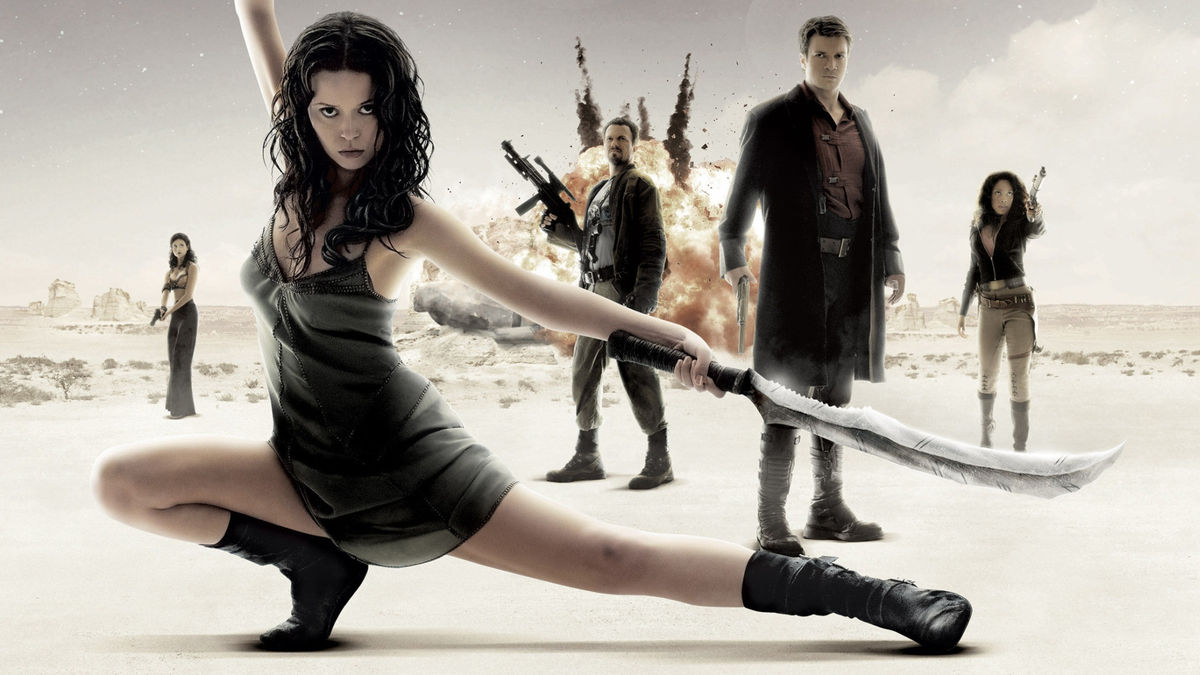 SERENITY (2005, USA) ****
Action, Adventure, Sci-Fi, Thriller
dist. Universal Pictures; pr co. Universal Pictures / Barry Mendel Productions; d. Joss Whedon; w. Joss Whedon; pr. Barry Mendel; ph. Jack N. Green (Colour. 35 mm (anamorphic) (Kodak Vision 2383), Digital (Texas Instruments DLP 1280 x 1024, 1.9 : 1 anamorphic). Digital Intermediate (2K) (master format), Super 35 (source format). 2.35:1); m. David Newman; ed. Lisa Lassek; pd. Barry Chusid; ad. Daniel T. Dorrance; rel. 22 August 2005 (UK), 22 September 2005 (USA); BBFC cert: 15; r/t. 119m.
cast: Nathan Fillion (Mal), Gina Torres (Zoë), Alan Tudyk (Wash), Morena Baccarin (Inara), Adam Baldwin (Jayne), Jewel Staite (Kaylee), Sean Maher (Simon), Summer Glau (River), Ron Glass (Shepherd Book), Chiwetel Ejiofor (The Operative), David Krumholtz (Mr. Universe), Michael Hitchcock (Dr. Mathias), Sarah Paulson (Dr. Caron), Yan Feldman (Mingo), Rafael Feldman (Fanty), Nectar Rose (Lenore), Tamara Taylor (Teacher), Glenn Howerton (Lilac Young Tough), Hunter Ansley Wryn (Young River).
A group of rebels led by war veteran Malcolm Reynolds (Fillion) travels the outskirts of space aboard their ship, Serenity, outside the reach of the Alliance, a sinister regime that controls most of the universe. After the crew takes in Simon (Maher) and his psychic sister, River (Glau), whom he has just rescued from Alliance forces, they find themselves being pursued by the Operative (Ejiofor), an Alliance agent who will stop at nothing to find them. The events of the film take place six months after the last episode of the Firefly (2002) TV series, which was cancelled prematurely by the network despite its loyal fan base. Here, Whedon attempts to tie-up some of the loose threads that resulted from the series being dropped. Whilst the movie may require its audience to be familiar with the series, there is still much to enjoy for newcomers. The action is ramped up and there is the witty character interaction that endeared the TV show to its audience leaving sufficient of the series’ spirit on show to make this a success. All the regulars return and there are shocks and surprises along the way. Whedon’s direction is fast-paced and the cast hit the ground running. It’s a shame the movie did not earn sufficient box office to warrant extending the franchise. 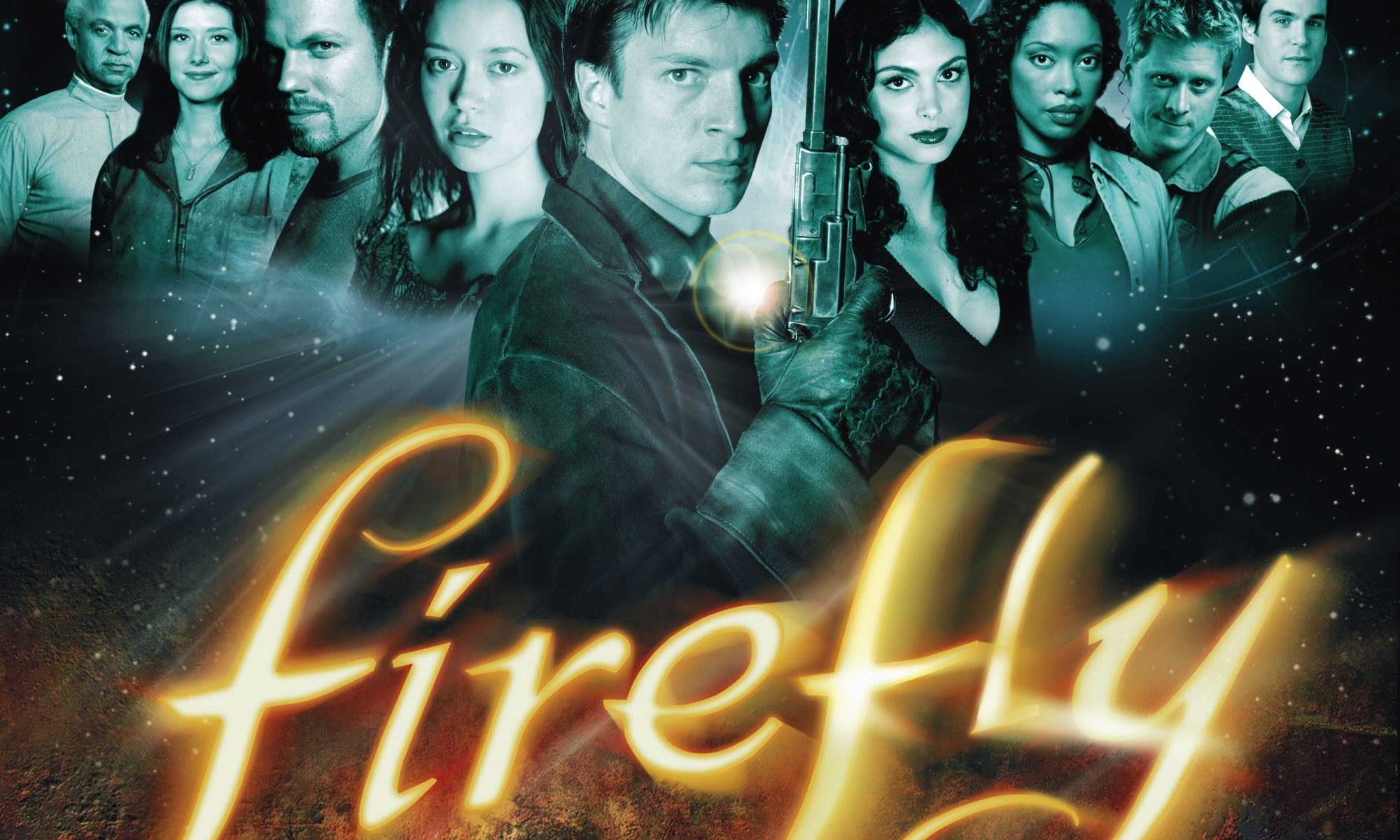 Malcolm Reynolds (Fillion) is a veteran and the captain of Serenity. He and his crew are smuggling goods, but they need to pick up some passengers for extra money. However, not all the passengers are what they seem. This highly entertaining and witty mix of Sci-Fi and Western themes was the pilot episode for the TV series Firefly. The premise transplants the aftermath of the American Civil War to outer space – the browncoats replace the greycoats and the Alliance replace the Union, whilst the “’verse” replaces the states and the Reavers replace the Native Americans. Fillion channels Harrison Ford’s Han Solo but adds the complexity of a defeated soldier still proud of the cause he fought for and refusing to surrender his values. His crew all have distinctive characteristics that makes them standout as individual characters. The ambiguity between the crew making a living from salvage via criminal distribution and the moral stance they are often asked to take give the story and the subsequent series its focus. Whedon had developed a wonderful premise and had executed it with finesse. Unfortunately, the TV public were slow to catch on and Fox cancelled the series before it had managed to pick up an audience. The resultant TV series (2002-3) ran for just 14 episodes but built enough of a cult following to warrant a theatrical sequel SERENITY (2005).