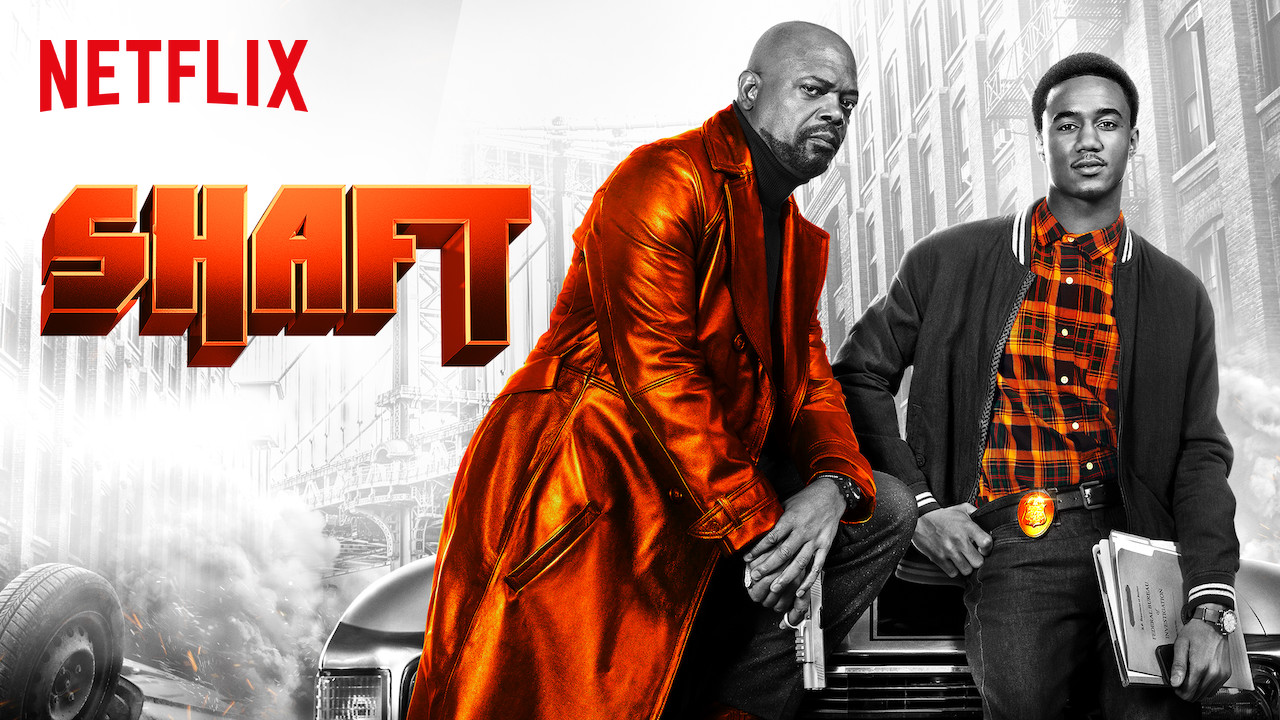 SYNOPSIS
JJ, aka John Shaft Jr. (Usher), may be a cybersecurity expert with a degree from MIT, but to uncover the truth behind his best friend’s untimely death, he needs an education only his dad can provide. Absent throughout JJ’s youth, the legendary locked-and-loaded John Shaft (Jackson) agrees to help his progeny navigate Harlem’s heroin-infested underbelly. And while JJ’s own FBI analyst’s badge may clash with his dad’s trademark leather coat, there’s no denying family. Besides, Shaft’s got an agenda of his own, and a score to settle that’s professional and personal.

John Shaft I: Boy, back in the day, we didn’t need guns. All we needed was our bare knuckles.
[reveals an arsenal of firearms]
John Shaft I: But you can’t be too prepared.

BOTTOM LINE
The misguided continuation of the Shaft legacy is one misstep after another. Firstly Story re-tools the franchise as an action-comedy that attempts to wring laughs from the generation gap separating Jackson’s John Shaft II from his son JJ, played far too broadly by Usher. Jackson’s Shaft also suffers by being made into a caricature of the character he portrayed in the 2000 series continuation. The plot thread that brings the two Shafts together is given scant focus by an incredibly lazy script by Barris and Barnow. Roundtree, as the original John Shaft, appears late in the proceedings and delivers the best performance with a dry understated delivery that has more class than is seen in his character namesakes.

REVIEWS
“Shaft is also funny, with a sharp, fast-paced humor (though one transphobic joke is a tone-deaf clunker). And it’s always enjoyable to watch Jackson walking around while dropping f-bombs (and mother-f-bombs) all over the place.” – Kristen Page-Kirby, Washington Post, 12 June 2019

“…the plotting is so leaden and the fire fights so pro forma that not even the sight of the three Shafts in action can keep this film from sinking under its own weight. Yes, the great Isaac Hayes music makes an appearance, but the old days are gone and they are not coming back.” – Kenneth Turan, LA Times, 12 June 2019

“The screenwriters’ hit-the-nail-on-the-head manner of plot and character revelation could scarcely be more obvious, although sometimes the extreme differences can’t help but summon up some laughs.” – Todd McCarthy, Hollywood Reporter, 12 June 2019

“How jokes this offensive can make it to the screen in 2019 is beyond comprehension and a bit of a shame, considering that this has so much else going for it including a delightful late-game appearance by the original Shaft, Richard Roundtree, who looks fantastic, by the way.” – Lindsay Bahr, The Associated Press, 13 June 2019