BLURB
Who’s the black private dick that’s a sex machine with all the chicks? Shaft! (You’re damn right!) Created by author Ernest Tidyman and made famous in a series of novels and films, iconic hero Shaft makes his graphic novel debut in an all-new adventure. He’s gone toe-to-toe with organized crime bosses, stood up to the cops, squared off against kidnappers, and foiled assassination attempts. But who was John Shaft before he became the hardboiled investigator with a reputation as big as New York City itself? Recently arriving home from his tour of duty in Vietnam, his first case – tracking down a missing person for his girlfriend – quickly turns into a matter of life and death, making him a target of gangsters and the police! 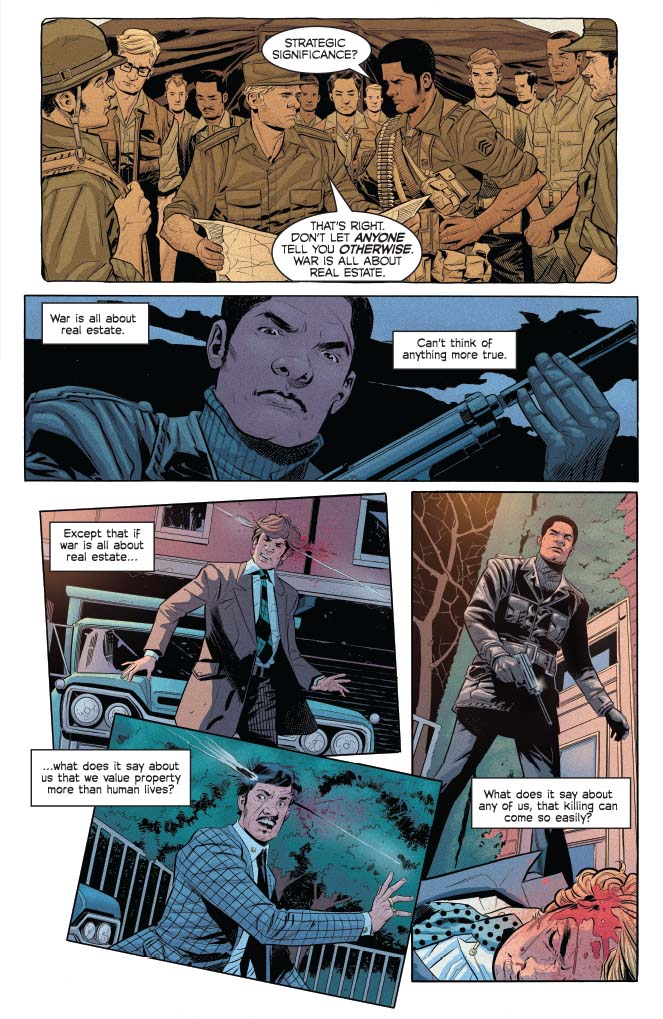 SHAFT QUOTES
Gun supplier: “I wouldn’t want to be whoever the fuck it is that’s on your wrong side, no sir”
Shaft: “No, man, you wouldn’t” 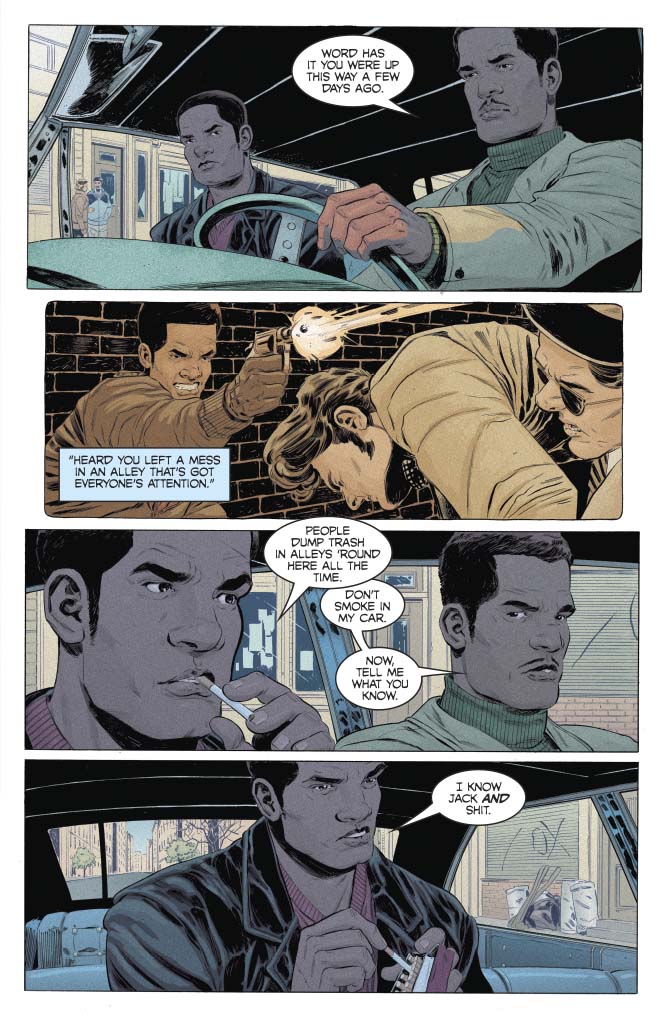 BOTTOM LINE
David Walker stays true to Tidyman’s original concept of John Shaft in this excellent prequel, which serves to establish a character that became cultural icon. The plot uses a hidden book of incriminating photographs against a Port Authority official as the McGuffin and the murder of Shaft’s girlfriend as the spark that ignites his inner rage. This is a great introduction to the world of John Shaft, with a crackling script and great artwork, that recreates the late 1960s setting. Topical references to the World Trade Center and the social issues prevalent at the time add to the authenticity. Walker is a worthy heir to Tidyman’s literary legacy.

REVIEWS
“Overall this is an excellent contribution to Shaft’s legacy. More than just a tie-in to what’s already been established, it actually enhances the character by giving him a well-developed origin story. What might be the most surprising thing about A Complicated Man is how good it actually is.” – Kieran Fisher, BigComicPage.com, 27 October 2015

“This is a straight-forward R-rated type of drama with excellent artwork from Bilquis Evely, and a book very much deserving of attention. It’s realistic but still very artistic, with some great city scenery making for the perfect backdrop and really nice depictions of the various characters that inhabit it. There’s a depth to the illustrations that suit the dark ‘R-rated’ storytelling style Walker employs and the coloring from Daniela Miwa gives things the right sort of seventies flavor that a good Shaft story needs.” – Todd Jordan and Ian Jane, RockShockPop.com, 28 October 2015

“Most Shaft stories have him already pretty well established, but I definitely thought this fit as a strong origin story for the character. You can tell David Walker has a lot of respect for the character, and a strong desire to make him into a complex, heroic figure. He managed to pull it off brilliantly.” – Mike Maillaro, CriticalBlast.com, 29 October 2015

“…full of all the violence, sex, racial politics you would expect from John Shaft, but told in a more introspective way than any of the three films ever allowed.” – Curtis Caesar John, Bold As Love Magazine, 15 August 2016 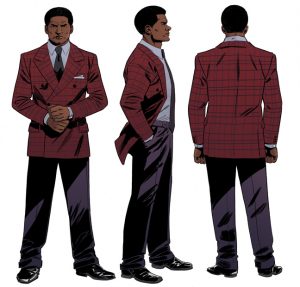