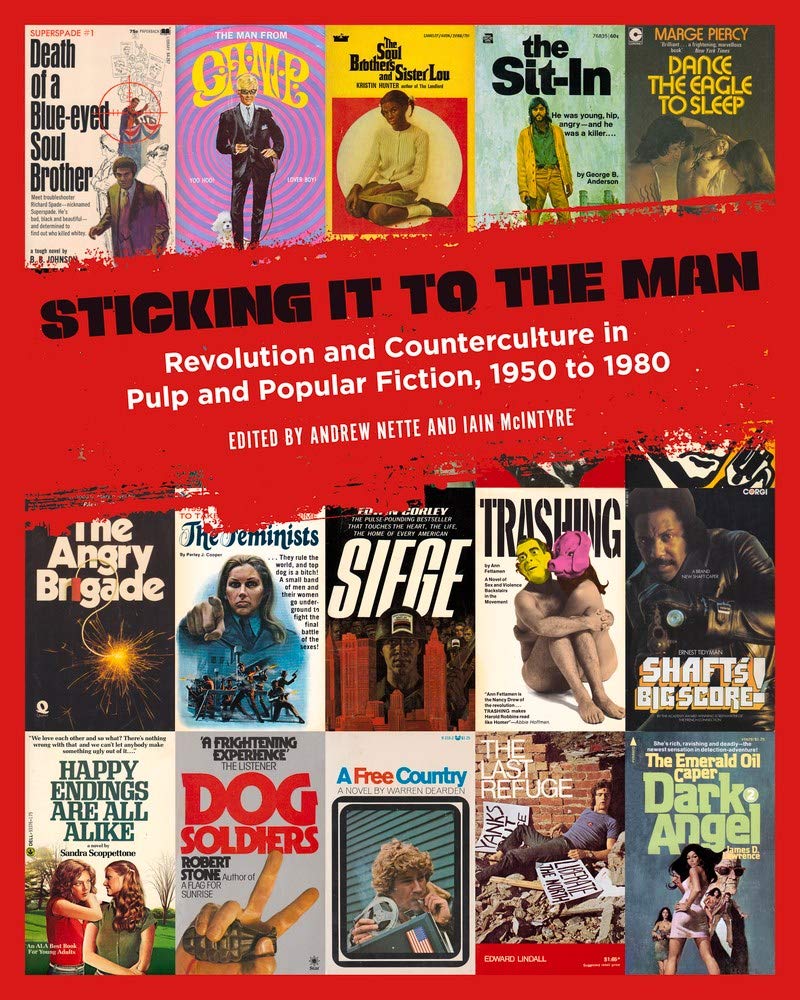 Andrew Nette and Iain McIntyre followed up 2017’s Girl Gangs, Biker Boys, and Real Cool Cats: Pulp Fiction and Youth Culture, 1950 to 1980 with a collection of essays on pulp and popular fiction entitled Sticking It To the Man: Revolution and Counterculture in Pulp and Popular Fiction, 1956 to 1980. I am amongst twenty-six contributors to this book with a newly written piece on Ernest Tidyman’s Shaft novels.

From PM Press:
From Civil Rights and Black Power to the New Left and Gay Liberation, the 1960s and 1970s saw a host of movements shake the status quo. The impact of feminism, anticolonial struggles, wildcat industrial strikes, and antiwar agitation was felt globally. With social strictures and political structures challenged at every level, pulp and popular fiction could hardly remain unaffected. While an influx of New Wave nonconformists transformed science fiction, feminist, gay, and black authors broke into areas of crime, porn, and other paperback genres previously dominated by conservative, straight, white males. For their part, pulp hacks struck back with bizarre takes on the revolutionary times, creating vigilante-driven fiction that echoed the Nixonian backlash and the coming conservatism of Thatcherism and Reaganism.

Sticking It to the Man tracks the changing politics and culture of the period and how it was reflected in pulp and popular fiction in the US, UK, and Australia from the late 1950s onward. Featuring more than three hundred full-color covers, the book includes in-depth author interviews, illustrated biographies, articles, and reviews from more than thirty popular culture critics and scholars. Works by science-fiction icons such as J.G. Ballard, Ursula K. Le Guin, Michael Moorcock, and Octavia Butler, street-level hustlers turned bestselling black writers Iceberg Slim and Donald Goines, crime heavyweights Chester Himes and Brian Garfield, and a myriad of lesser-known novelists ripe for rediscovery, are explored, celebrated, and analyzed.