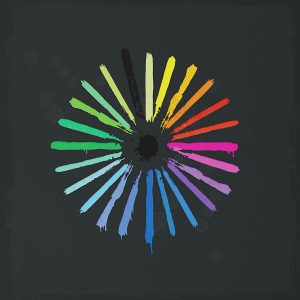 MARILLION
AN HOUR BEFORE IT’S DARK (CD, Intact/earMUSIC, 4 March 2022, 54:10) – score 79%
Musicians: Steve Hogarth – Vocals, Keyboards; Mark Kelly – Keyboards; Steve Rothery – Guitars; Pete Trewava- Bass, Additional Guitar; Ian Mosley – Drums
With
Kat Marsh – Backing Vocals (1, 6); P. Bissett – Additional Noises (1); Luis Jardim – Percussion (2, 4, 6, 7); B. Hartshorne – Additional Sounds (2, 4); The Friends Chorus (2), Choir Noir (5, 7); Bethan Bond – Concert Harp (5, 7); “In Praise of Totty” String Quartet (5); Sam Morris – French Horn (7)
Producer: Michael Hunter and Marillion; Recorded and Mixed by Michael Hunter; Assistant Engineer (at Real World): Katie May; Recorded at The Racket Club, Aylesbury, Buckinghamshire; Real World, Box, Wiltshire, 2021; Strings recorded by Christine Verscoren at Ace Studio, Aartselaar, Belgium, 2021.
Marillion return with their first album of new material since 2016’s critically acclaimed album FEAR. The band adopt a similar approach to the music here with four of the seven songs split into multi-sectioned titles, which demonstrates the band’s approach to linking separately composed pieces together to form a dynamically varied whole. This works to a wonderful effect on the album opener “Be Hard on Yourself” with its nagging chorus hook and the closer “Care” with its soaring guitar figure being one of Rothery’s finest. “Reprogram the Gene” and “Sierra Leone” feel less focused with the latter’s repeated chants feeling more forced. The emotional heart of the album is seen in the relatively short “Murder Machines” with its sad irony etching the tragedy of the recent pandemic. There is an evocative use of a vocal choir on both “The Crow and the Nightingale” and “Care” giving these songs additional harmonic layers and freshness. Playing to their strengths Marillion continue to produce quality music that is often achingly beautiful

All Songs: Music by Marillion; Lyrics by Steve Hogarth.

THE MUSIC PRESS:
Classic Rock (Dave Everley): “An Hour Before It’s Dark is more than just one of the finest albums of Marillion’s career, it stands as a beacon of hope as we slowly begin to emerge from the bleakest of times.” (****½)
Sputnik Music (Brendan Schroer): “An Hour Before It’s Dark currently stands as the best post-2000s Marillion album, and it’ll be one hell of a difficult record for them to top.” (****½)
The Arts Desk (Graham Fuller): “This album’s six main songs (another is merely a fragment) are not exactly tuneless, but the melodies are buried so deep in Marillion’s intricate clamour they’re all but indiscernible.” (***)