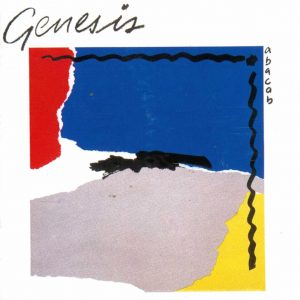 18 September 2021 is the 40th anniversary of the release of Genesis’ watershed album Abacab. It was the band’s eleventh studio album and their third as a trio The album saw Genesis deliberately steer themselves into a post-new wave direction by rejecting any material they wrote which they felt was treading old ground or adopting what they considered to be group clichés. Gone were the extended solos, long journey songs and elaborate harmonies and arrangements to be replaced by a stark sonic landscape, shorter and more concise songs and a heightened emphasis on Phil Collins’ drums, building on the sound he created with engineer Hugh Padgham on Peter Gabriel’s third album the year before. Padgham was asked to work on Abacab as engineer to help the band establish a new sound. The album was therefore the band’s most stylistically experimental and challenging since 1974’s The Lamb Lies Down on Broadway. I remember buying this album on release and being disappointed after the monumental Duke. Now, I can look back on the album and enjoy for its very willingness to surprise and the band’s determination to progress and adapt their approach to songwriting. 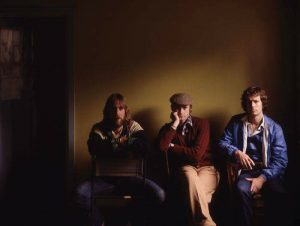 The album opener ‘Abacab’ signals the new direction with its raw energy and Collins’ abrasive vocal. The closing jam was indeed an unedited session that relies on spontaneity and eschews composition. ‘No Reply at All’ is a funky song supported by the Earth, Wind and Fire horn section who had worked on Collins’ solo album Face Value, released as the band were writing Abacab. ‘Me and Sarah Jane’ has a more traditional Genesis feel in its two-part structure, but delves into new influences of reggae. ‘Keep it Dark’ motors along on a repeated guitar riff with Banks holding back on synth harmonies until the chorus. ‘Dodo/Lurker’ is the standout track on the album and blends old and new Genesis perfectly with dramatic sweeps and quirky synth lines. ‘Who Dunnit?’ stirred strong emotions amongst old-school fans for its punkish and tuneless approach and can wear a bit thin after repeated listens. ‘Man on the Corner’ was a wistful Collins written song that relied on its sparse arrangement and drum machine pattern for its atmosphere and maybe a little too close to his ‘In the Air Tonight’ in execution. ‘Like it or Not’ is a plodding Rutherford ballad and ‘Another Record’ tails away after a splendidly atmospheric opening. The songs then were a mixed bag, which could perhaps be expected with the band members eager to experiment. The band indeed had sufficient material for a double album and I think that would have been a way to go to fully appreciate the breadth of material Genesis explored in the sessions. Of the 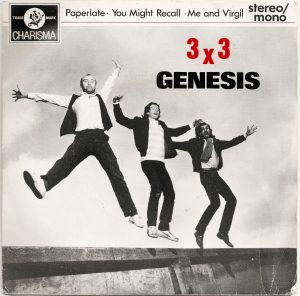 tracks excluded from the album the poppy ‘Paperlate’ and romantic ‘You Might Recall’ were unlucky not to make the cut. ‘Naminanu’ and ‘Submarine’ are interesting instrumentals that were initially considered for a longer suite to be based around ‘Dodo/Lurker’. ‘Me and Virgil’ is the weakest song from the sessions – an unsuccessful attempt to emulate The Band’s western rock formula and containing one of Collins’ weakest lyrical contributions. Abacab is not the band’s best album, but it is perhaps their bravest and forty years on it stands up as a key moment in Genesis history.