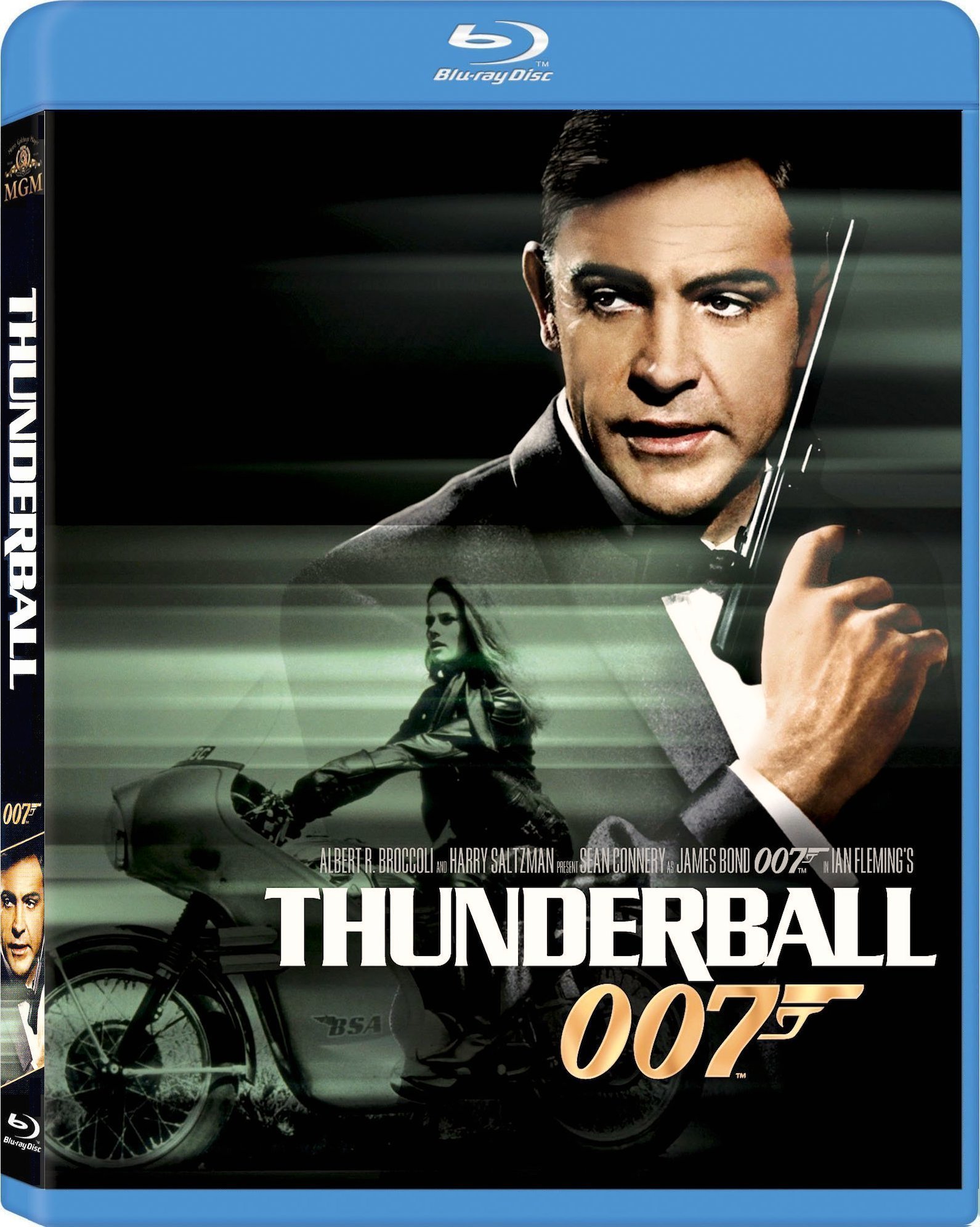 Thunderball (1965; UK; Technicolor; 130m) ∗∗∗∗½  d. Terence Young; w. Richard Maibaum, John Hopkins; ph. Ted Moore; m. John Barry.  Cast: Sean Connery, Claudine Auger, Adolfo Celi, Luciana Paluzzi, Rik Van Nutter, Guy Doleman, Molly Peters, Martine Beswick, Bernard Lee, Desmond Llewelyn, Lois Maxwell, Roland Culver, Earl Cameron, Paul Stassino, Rose Alba, Philip Locke. James Bond heads to The Bahamas to recover two nuclear warheads stolen by SPECTRE agent Emilio Largo in an international extortion scheme. The biggest Bond film of the 60s is one of the best. Connery is at the height of his game here and the story has a scale that is larger than any of the previous entries. The humour is more evident, but still kept in check and Paluzzi is one of the best ever Bond villainesses. Based on the novel by Ian Fleming, which itself was based on a story by Kevin McClory, Jack Whittingham and Ian Fleming [PG]