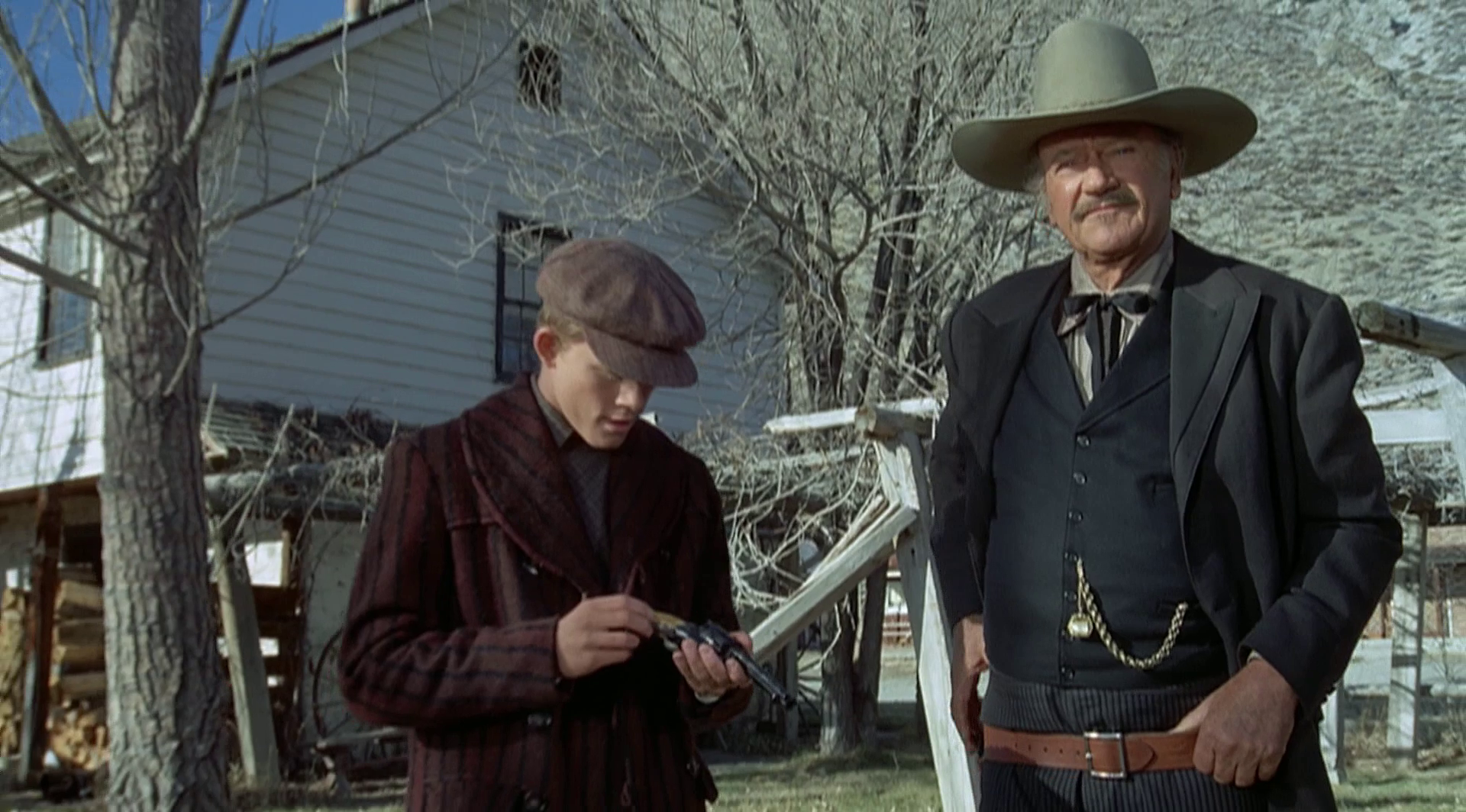 Shootist, The (1976; USA; Technicolor; 100m) ****½  d. Don Siegel; w. Miles Hood Swarthout, Scott Hale; ph. Bruce Surtees; m. Elmer Bernstein.  Cast: John Wayne, Lauren Bacall, James Stewart, Ron Howard, Richard Boone, Hugh O’Brian, Harry Morgan, John Carradine, Scatman Crothers, Bill McKinney, Rick Lenz, Sheree North, Gregg Palmer, Alfred Dennis, Dick Winslow. A dying gunfighter spends his last days looking for a way to die with a minimum of pain and a maximum of dignity. Wayne’s last film is a poignant and fitting tribute to his screen persona and one of his very best. Siegel directs with sensitivity and draws an astonishing final performance from his star. Wayne is supported by a superbly talented cast of veterans including Bacall and Stewart. Echoes of SHANE can be seen in Howard’s hero-worshipping youth. The 1901 setting, with its early automobiles, telephones and electricity, acts as a metaphor for the passing of an era where the west was ruled by the gun and Wayne’s gunfighter character is now an anachronism. Based on the novel by Glendon Swarthout. [PG]