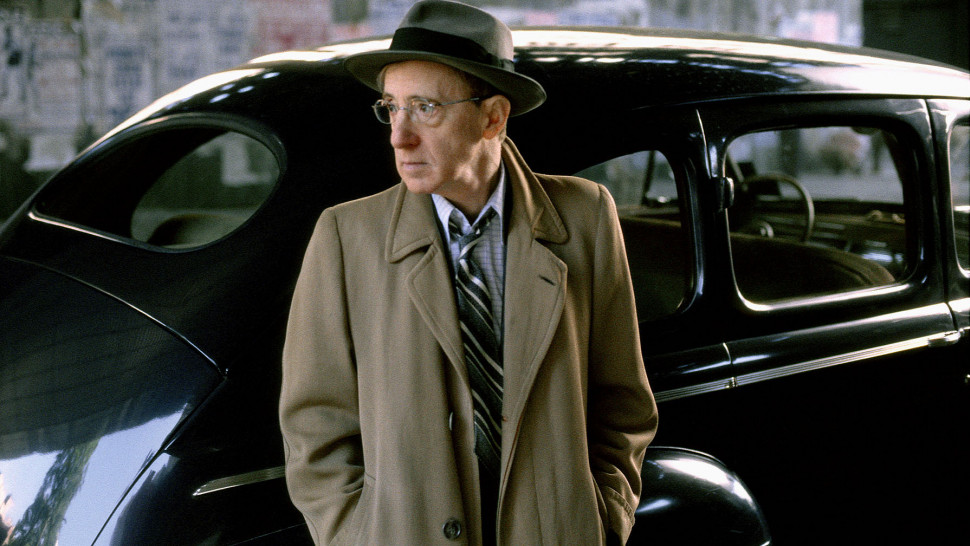 Curse of the Jade Scorpion, The (2001; USA; Technicolor; 103m) ***½  d. Woody Allen; w. Woody Allen; ph. Fei Zhao; m. Jill Meyers (clearances).  Cast: Woody Allen, Dan Aykroyd, Helen Hunt, Charlize Theron, Elizabeth Berkley, Wallace Shawn, David Ogden Stiers, Brian Markinson, John Schuck, Peter Linari. An insurance investigator and an efficiency expert who hate each other are both hypnotized by a crooked hypnotist with a jade scorpion into stealing jewels. Lightweight Allen film has some nice touches of parody on 1940s film noir and Raymond Chandler. The verbal sparring between Allen and Hunt is also reminiscent of screwball comedies from the era. High production values and a good supporting cast add much to the mix. Notable amongst them is Theron as a spoilt rich floozy. This was Allen’s most expensive film to date. [12]