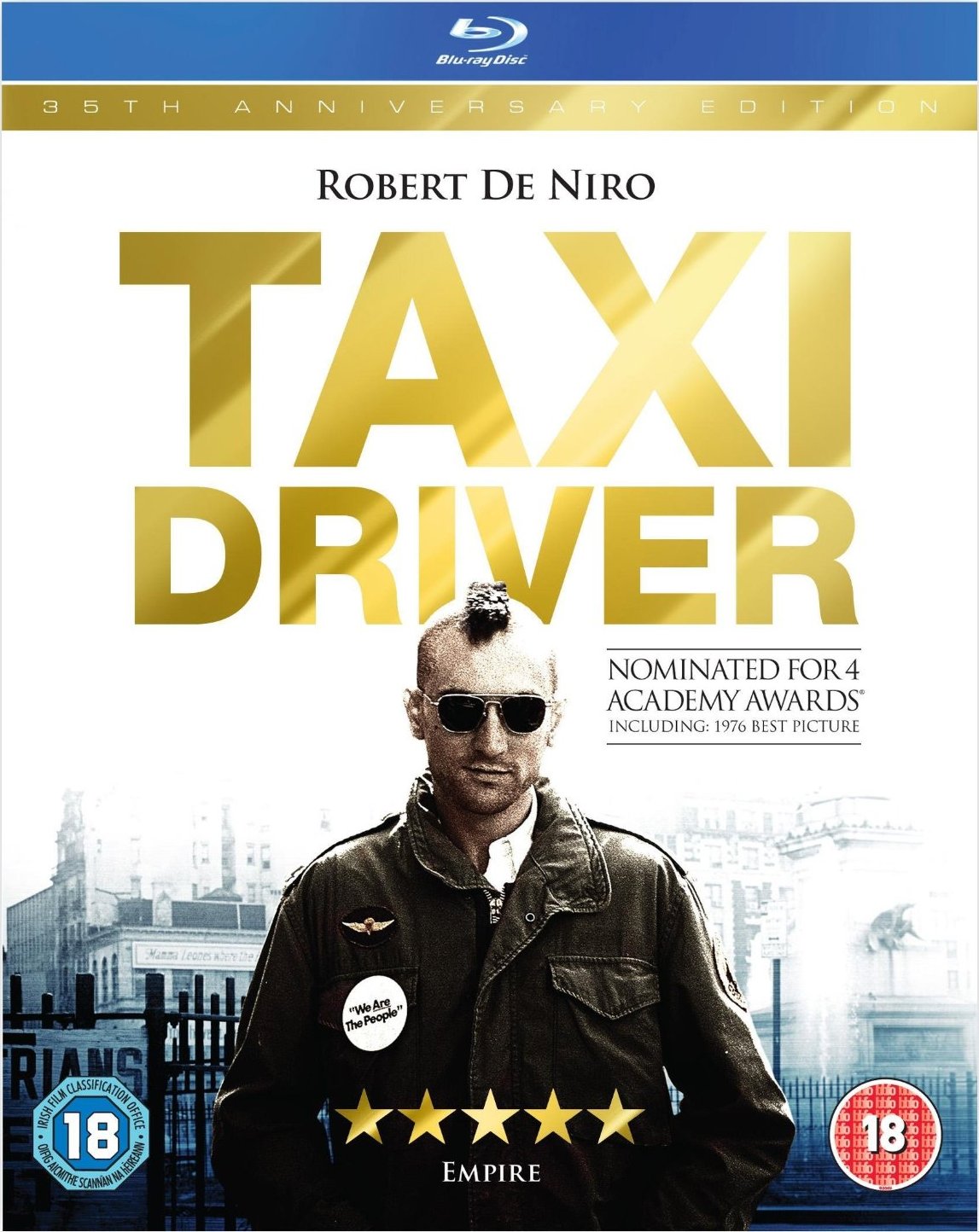 Taxi Driver (1976; USA; Metrocolor; 113m) ∗∗∗∗½  d. Martin Scorsese; w. Paul Schrader; ph. Michael Chapman; m. Bernard Herrmann.  Cast: Robert De Niro, Cybill Shepherd, Jodie Foster, Albert Brooks, Harvey Keitel, Peter Boyle, Leonard Harris, Martin Scorsese, Joe Spinell. A mentally unstable Vietnam war veteran works as a night-time taxi driver in New York City where the perceived decadence and sleaze feeds his urge for violent action, attempting to save a preadolescent prostitute in the process. Intense character study with De Niro excellent in the lead. His descent from both engagement and disgust in the sleaze he sees all around him to violent redemption is portrayed with troubling authenticity. Herrmann’s imposing score and Scorsese’s use of New York locations add to the noirish nightmare atmosphere. The violent finale is shocking, whilst the film’s coda confused many with its contradictions. [18]