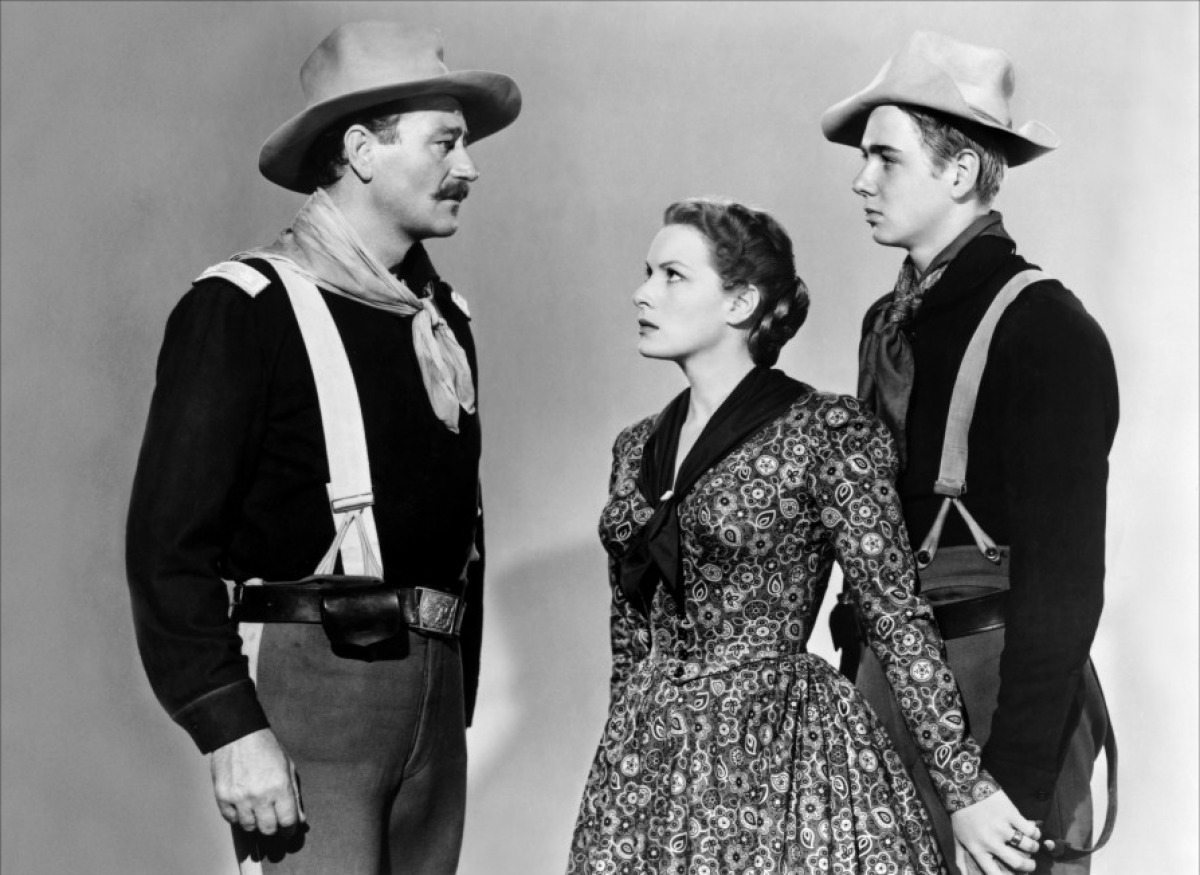 Rio Grande (1950; USA; B&W; 105m) ***½  d. John Ford; w. James Kevin McGuinness; ph. Bert Glennon; m. Victor Young.  Cast: John Wayne, Claude Jarman Jr., Ben Johnson, Maureen O’Hara, Harry Carey Jr., Chill Wills, J. Carrol Naish, Victor McLaglen, Grant Withers, Patrick Wayne, Steve Pendleton, Alberto Morin, Stan Jones. A Union officer is in charge of an outpost on the Rio Grande in which he is in charge of training of new recruits one of which is his son whom he hasn’t seen in 15 years. Third of the Wayne/Ford “Cavalry Trilogy” is probably the least, but still vastly entertaining. Story unfolds at a leisurely pace (including two or three musical interludes) with Wayne and O’Hara sparking a strong chemistry in their first of five outings together. McLaglen offers his familiar light relief as heavy-drinking sergeant. Extensive use of Mohave Valley locations. Based on a story by James Warner Bellah. Also available in a computer colourised version. [U]