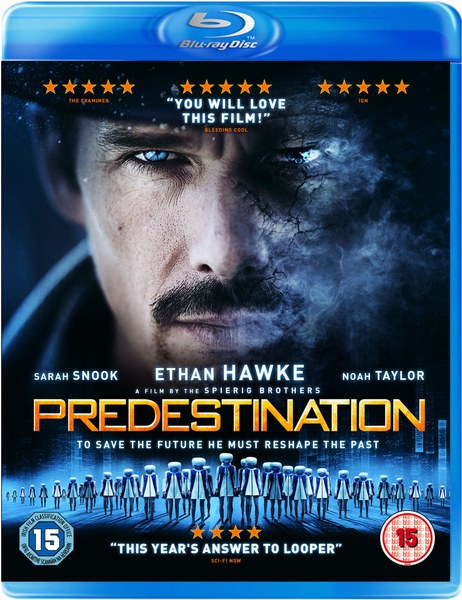 Predestination (2014; Australia; Technicolor; 97m) ∗∗∗  d. Michael Spierig, Peter Spierig; w. Michael Spierig, Peter Spierig; ph. Ben Nott; m. Peter Spierig.  Cast: Ethan Hawke, Sarah Snook, Noah Taylor, Elise Jansen, Freya Stafford, Christopher Kirby, Alexis Fernandez, Cate Wolfe, Madeleine West, Jim Knobeloch. The life of a time-travelling Temporal Agent. On his final assignment, he must pursue the one criminal that has eluded him throughout time. Intriguing time-travel tale piles on twist after twist. It’s stylishly filmed and contains excellent performances from Hawke and Snook, but ultimately in trying to be too clever it ends up tying itself in knots. Based on the story “All You Zombies” by Robert A. Heinlein. [15]