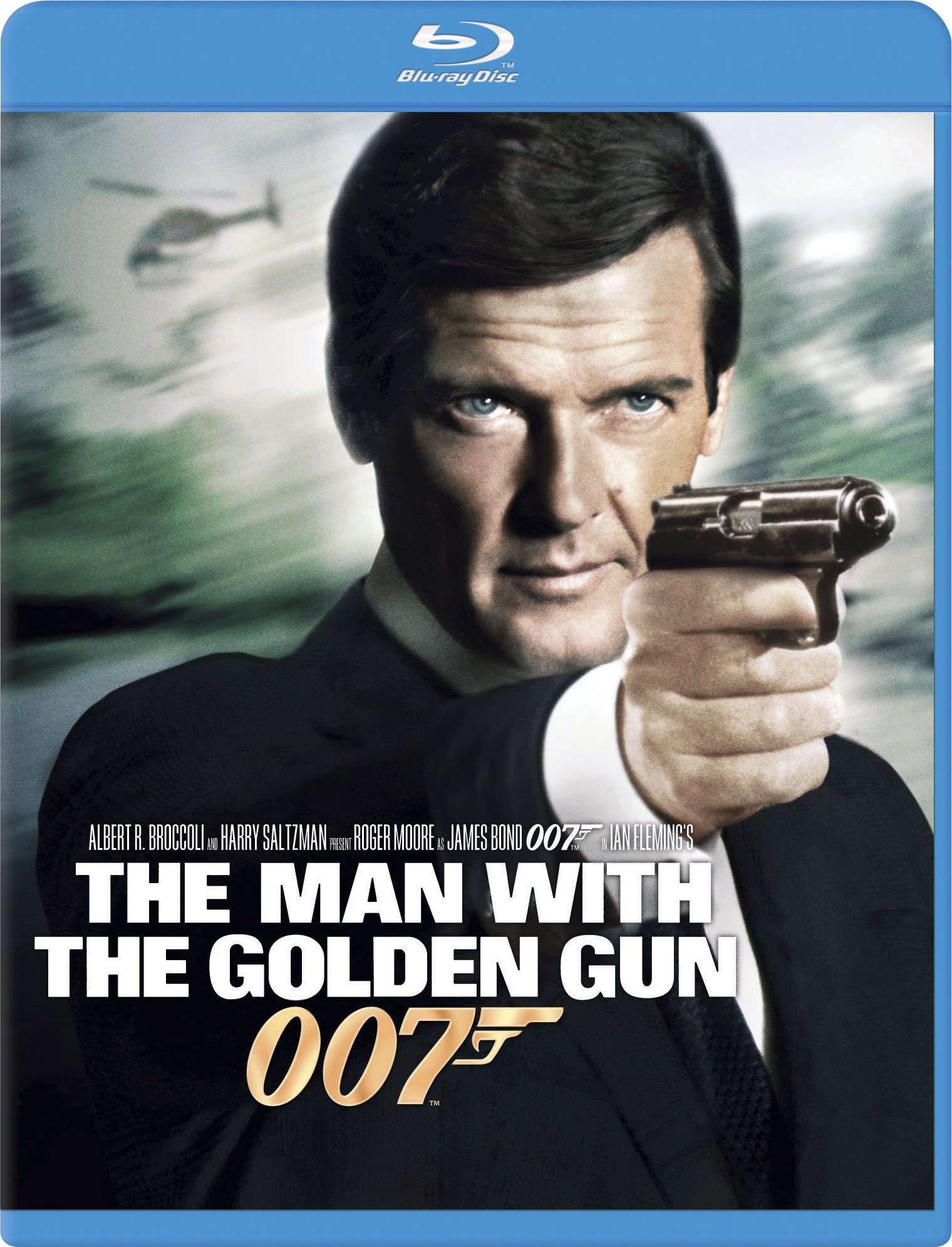 Man with the Golden Gun, The (1974; UK; Colour; 125m) ∗∗∗  d. Guy Hamilton; w. Richard Maibaum, Tom Mankiewicz; ph. Ted Moore, Oswald Morris; m. John Barry.  Cast: Roger Moore, Christopher Lee, Britt Ekland, Maud Adams, Hervé Villechaize, Clifton James, Richard Loo, Soon-Tek Oh, Marc Lawrence, Bernard Lee, Lois Maxwell, Marne Maitland, Desmond Llewelyn, James Cossins, Yao Lin Chen. Bond is led to believe that he is targeted by the world’s most expensive assassin and must hunt him down to stop him. Moore’s second outing as 007 starts well, with little reliance on gadgets, but later the action descends into increasingly comedic set-pieces. Lee is a strong villain, but the plot is lacking any threat beyond that to Bond himself. Exotic locations and good production values, but Ekland is given an idiotic role whilst Adams is underused as the Bond girls. Based on the novel by Ian Fleming. [PG]