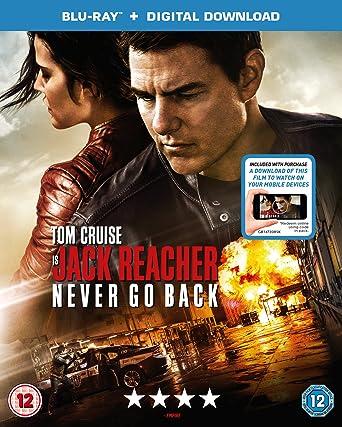 Jack Reacher: Never Go Back (2016; USA; Colour; 118m) ∗∗½  d. Edward Zwick; w. Richard Wenk, Marshall Herskovitz, Edward Zwick; ph. Oliver Wood; m. Henry Jackman.  Cast: Tom Cruise, Cobie Smulders, Danika Yarosh, Aldis Hodge, Sue-Lynn Ansari, Teri Wyble, Holt McCallany, Robert Knepper, Tilton Lipoma, Madalyn Horcher, Michael Papajohn, Patrick Heusinger. Jack Reacher must uncover the truth behind a major government conspiracy in order to clear his name. On the run as a fugitive from the law, Reacher uncovers a potential secret from his past that could change his life forever. Formulaic action thriller that benefits from Cruise’s charisma. However, the story lacks any real suspense due to a tick-box script that allows no breathing room and fails to demonstrate any real motivation for its characters. Based on the book by Lee Child. [12]