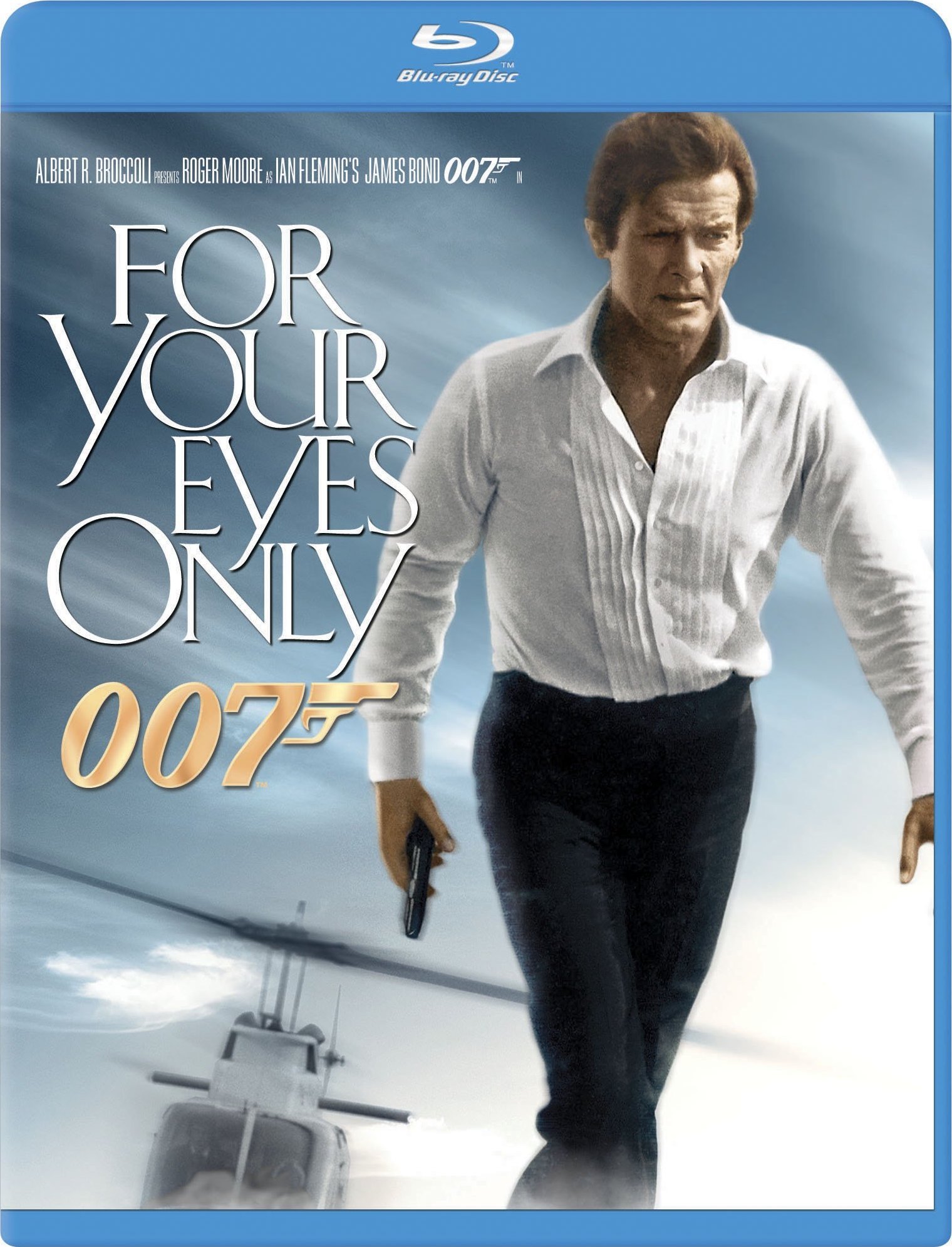 For Your Eyes Only (1981; UK; Technicolor; 127m) ∗∗∗½  d. John Glen; w. Richard Maibaum, Michael G. Wilson; ph. Alan Hume; m. Bill Conti.  Cast: Roger Moore, Carole Bouquet, Topol, Lois Maxwell, Lynn-Holly Johnson, Julian Glover, Jill Bennett, Desmond Llewelyn, Geoffrey Keen, Walter Gotell, Cassandra Harris, Michael Gothard, John Wyman, Jack Hedley, James Villiers. Agent 007 is assigned to hunt for a lost British encryption device and prevent it from falling into enemy hands. This is the straightest Bond for quite some time – and all the better for it. There are occasional lapses in pace and despite giving one of his best perfomances as 007 Moore is beginning to look a little old for the part, but the breathless action sequences deliver plenty of thrills. Conti’s jazzy synth-laden score, however, is the weakest of the series. Based on the short stories “For Your Eyes Only” and “Risico” by Ian Fleming. [PG]