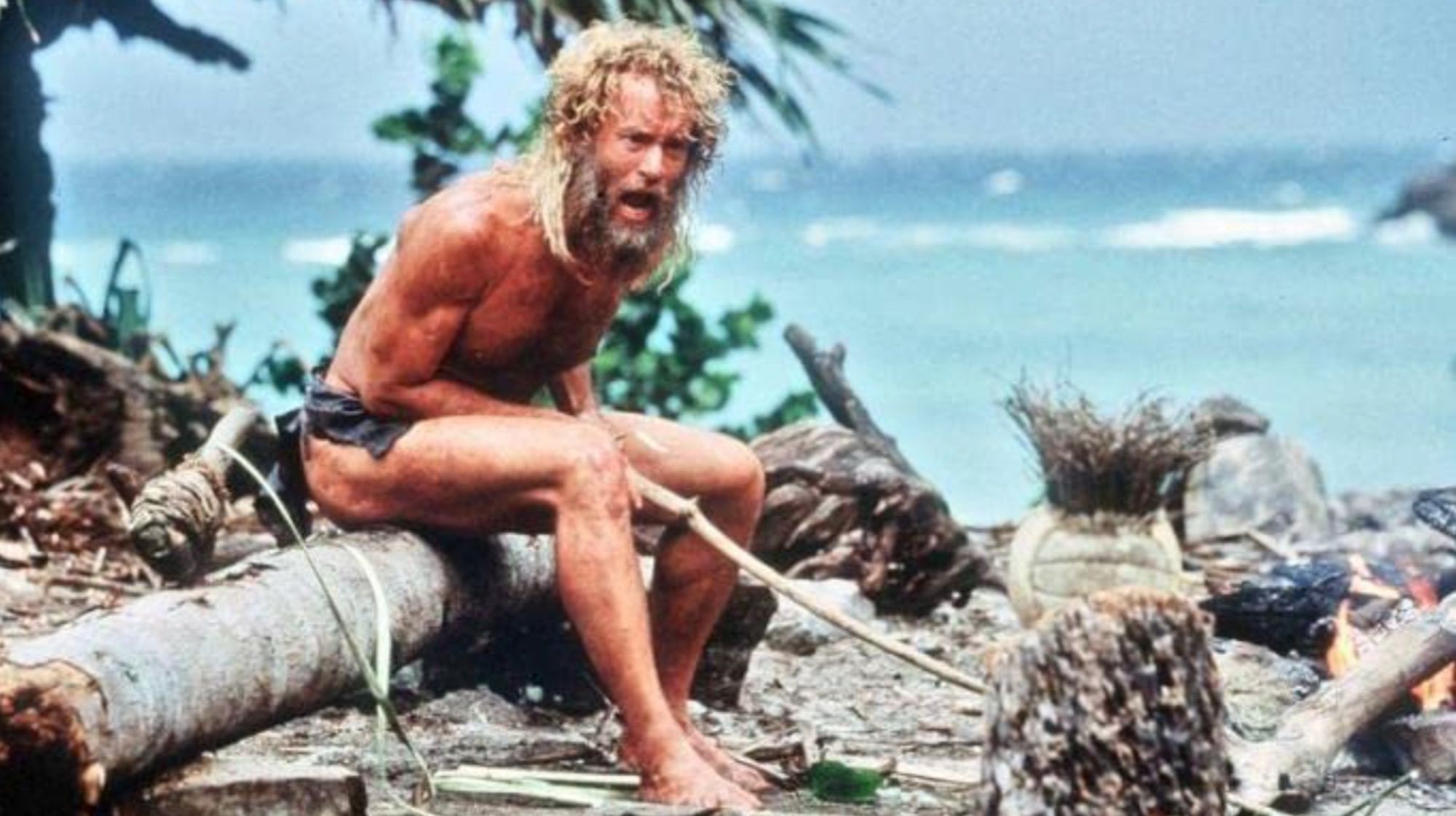 Hanks stars as Chuck Noland, a FedEx systems engineer whose personal and professional life are ruled by the clock. His manic existence abruptly ends when, after a plane crash, he becomes isolated on a remote island – cast away into the most desolate environment imaginable. Hanks delivers a superb performance, holding then screen for the most its running time. He superbly relays the character’s instinct and will to survive in a hostile environment along with the mental impact and emotional scars the experience leaves on him. The film is bookended with a set-up and resolution to his relationship with Hunt. It is here the film admirably tries to keep a balanced view but falls into some of the trappings of soap opera, However, the two stars play the scenes perfectly and elevate them above the material. Also notable in a supporting role is Searcy as Hanks’ closest work colleague. Technical attributes are strong. The photography is colourful; the plane crash scene tensely portrays the terror and confusion; Zemeckis directs with a sure hand and uses the FedEx delivery system as a neat way of topping and tailing the story. But it is Hanks’ film and his solo turn on his desert island that is the heart and soul of the production. The film was shot in two blocks over a year apart to allow Hanks to lose weight and grow his hair for the four-year gap in the story.