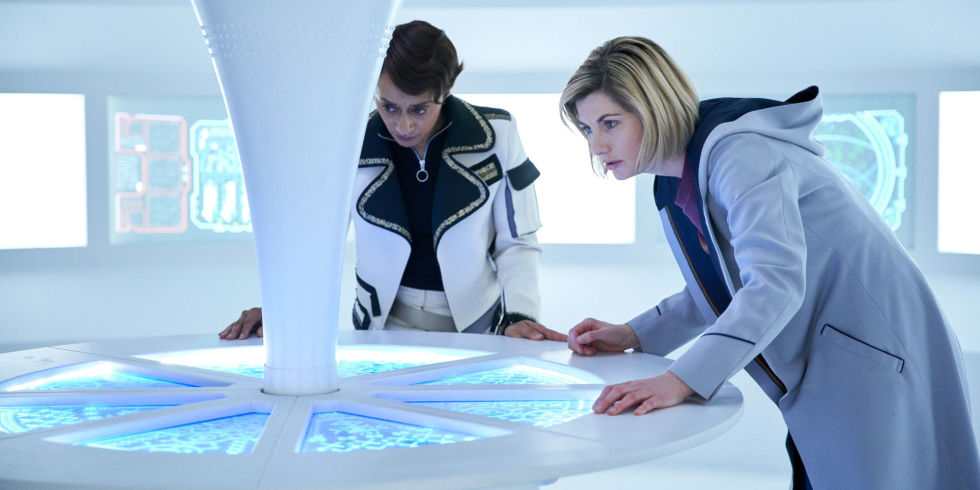 Doctor Who: The Tsuranga Conundrum (TV) (2018; UK; Colour; 51m) **  pr. Alex Mercer; d. Jennifer Perrott; w. Chris Chibnall; ph. Simon Chapman; m.Segun Akinola.  Cast: Jodie Whittaker, Bradley Walsh, Tosin Cole, Mandip Gill, Brett Goldstein, Lois Chimimba, Suzanne Packer, Ben Bailey Smith.  Injured and stranded in the wilds of a far-flung galaxy, The Doctor, Yaz, Graham and Ryan must band together with a group of strangers to survive against one of the universe’s most deadly — and unusual — creatures. After a strong start to this beautifully designed episode things spiral downwards very quickly with a monster fresh out of a Warner Brothers cartoon (was the Pting based on Looney Toons’ Tasmanian Devil?) and some unnecessary emphasis on political correctness by having a pregnant man give birth to a baby boy in a world where seemingly gender parentage is the norm. If Chibnall and the production team could just have concentrated on what could have been an effective sci-fi chiller, without the need for constantly having to tick-box the PC list and with a better-designed monster, then this could have been a winner. As it stands the only real positive, outside of the production design, is Whittaker’s most assured performance to date as the Doctor. [PG]