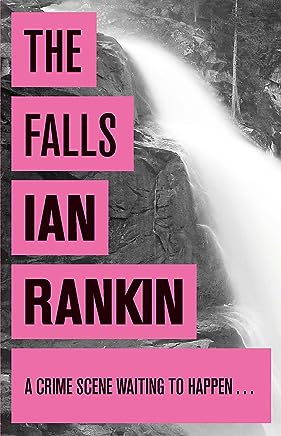 Blurb: A student has gone missing in Edinburgh. She’s not just any student, though, but the daughter of well-to-do and influential bankers. There’s almost nothing to go on until DI John Rebus gets an unmistakable gut feeling that there’s more to this than just another runaway spaced out on unaccustomed freedom. Two leads emerge: a carved wooden doll in a toy coffin, found in the student’s home village, and an internet role-playing game. The ancient and the modern, brought together by uncomfortable circumstance…

The 12th book in Ian Rankin’s John Rebus series is an intriguing mystery that confirmed Rankin’s position in the premier league of crime writers. Four years and four books on from the breakthrough Black and Blue, this is confidently written and demonstrates Rankin’s total mastery of his characters. He even manages to give Rebus a love interest in this story who is also integral to the plot, which adds an additional dimension. The book also sees Gill Templar’s promotion to Detective Chief Superintendent, creating a different boss/Rebus dynamic, given their involvement together earlier in the series. Rankin also gives a greater role to DC Siobhan Clark and highlights her inner turmoil at balancing career aspirations with her leaning toward Rebus’ maverick methods. Rankin also brings DC Grant Hood and DS Ellen Wylie more into the mix with a subplot surrounding their competitiveness in advancing their careers. The characterisations are given depth and motivation, which is explored to the full. Slimy journalist Steve Holly, however, is maybe a tad stereotypical.  At 475 pages, the novel may seem a little over-extended, but it allows the characters to develop and the intricacies of the plot to unfold at a steady rate. The book is never boring as even in its slow passages the writing and introspection are very strong. Only in the finale do we see Rankin fall into more conventional territory.