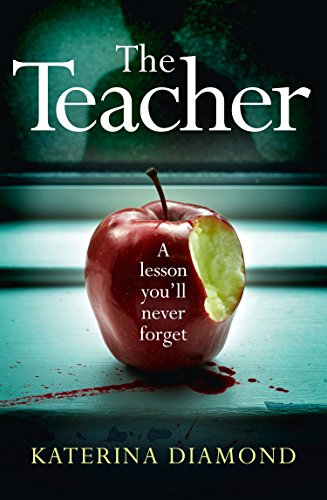 Blurb: You think you know who to trust? You think you know the difference between good and evil? You’re wrong … The body of the head teacher of an exclusive Devon school is found hanging from the rafters in the assembly hall. Hours earlier he’d received a package, and only he could understand the silent message it conveyed. It meant the end. As Exeter suffers a rising count of gruesome deaths, troubled DS Imogen Grey and DS Adrian Miles must solve the case and make their city safe again. But as they’re drawn into a network of corruption, lies and exploitation, every step brings them closer to grim secrets hidden at the heart of their community. And once they learn what’s motivating this killer, will they truly want to stop him?

Enjoyment of this book depends on how much you buy into Diamond’s dark and macabre world, where every character is tarnished by their past. The plot is highly implausible and at times stretches the reader’s commitment. The themes of abused childhood, torture, rape and the grisly deaths that result are designed to heighten the reader’s emotional commitment to these characters. On this level, it largely succeeds. I found myself continuing to turn the pages in fascination at the horrific nature of the story.

There are no real surprises… this book is not targeted as a mystery, instead it is described as a psychological crime thriller. It’s main theme of revenge applies to more than one of the characters. The heroes are a new detective duo – Adrian Miles and Imogen Grey – both of whom have their own hidden traumas to deal with and have to tangle with secrets within their own force.

It all sounds very bleak and by and large it is. But there are moments where the strong characters cut through and there is promise the duo of Grey and Miles could become an interesting combination for future books. The second in Diamond’s series is The Secret and I will be interested to see how she progresses these characters.