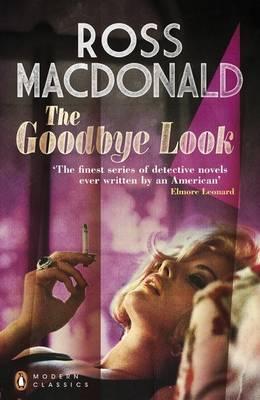 Blurb: Lew Archer, world-weary private investigator, is hired by Larry and Irene Chalmers when they suspect that their troubled son Nick is involved in their own burglary. But when a fellow investigator – one who’s been working with Nick – turns up dead, Archer soon realizes this isn’t simply about some stolen loot. To help their son, Archer must uncover the truth about a kidnap years ago, and discover why the handgun from a decades-old killing apparently turns up at every new and terrible murder.

Ross MacDonald is one of three writers considered to be the pinnacle fo the private eye genre – the other two being Raymond Chandler and Dashell Hammet. His Lew Archer novels and stories build on Chandler’s cynical view of Los Angeles and the flawed characters who inhabit it. This is the fifteenth of eighteen novels MacDonald wrote featuring the character and is typical of the later entries in the series. Archer becomes embroiled in a case revolving around a small group of families – all of whom are disfunctional. The mystery plot is cleverly unravelled as the book progresses at a good pace. With its convoluted plot, flawed characters and lone detective hero it feels as if it lives in the 40s or 50s, despite being set in a contemporary 1969. However, MacDonald was by then a master of his craft and his skill overcomes the slighly anachronistic feel. Highly recommended for scholars of the genre and fans in general.