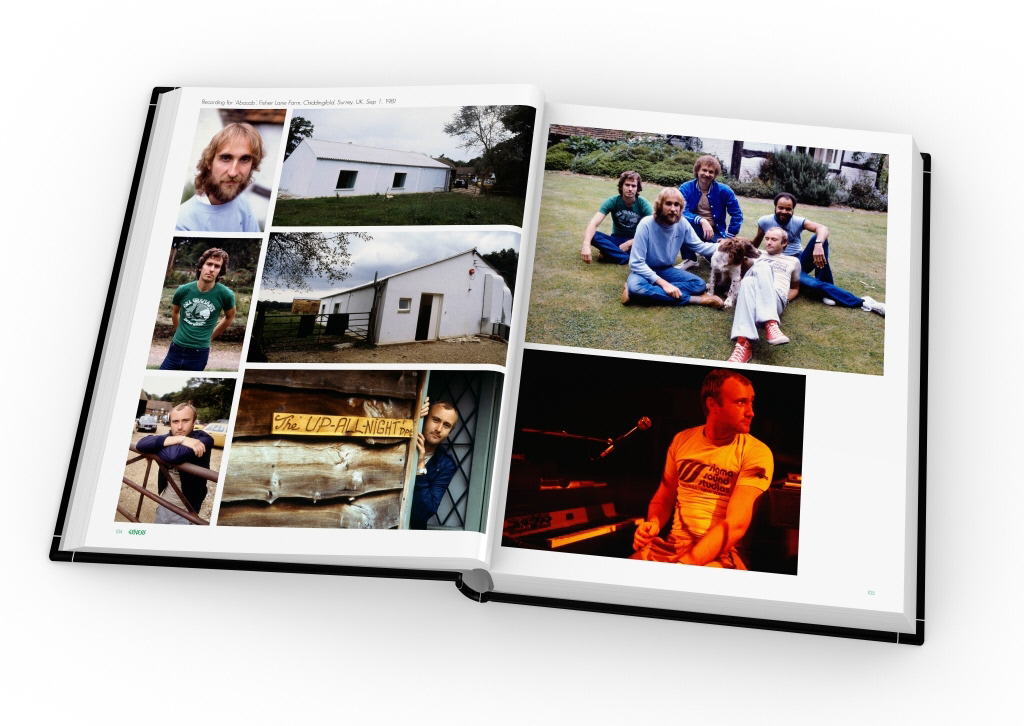 Blurb: This hard back book measures 250x297mm, has 286 pages, and contains over 600 images. It is not a history or a biography. It is a collection of my photographs from the Genesis line up of Tony Banks, Mike Rutherford, Phil Collins. It is arranged in chronological order and spans the tours and events I was at. It begins in 1978 with ‘…and then there were three…’ and continues up to 1987 and ‘Invisible Touch’. I have unearthed a few surprises along the way that even I had forgotten. Take a colourful and spectacular journey down Genesis memory lane with me and a few fans who have contributed their stories.

Comment: Genesis 3 is a hefty photographic album aimed at die-hard Genesis fans, I received this book as a gift from my parents for my 60th birthday. Robert Ellis has delved into his archive of photographs of the band from the period 1978 to 1987 and come up with some real gems. The book covers the majority of the Tony Banks/Phil Collins/Mike Rutherford trio years, where on stage they were augmented by guitarist Daryl Stuermer and drummer Chester Thompson. Included are sessions from the band’s rehearsals for the …And Then There Were Three… shows and on the road from the subsequent tour; individual sessions with band members in 1979 during the hiatus between Three and Duke; promotional shots for the Duke album; coverage of the Abacab, Three Sides Live, Genesis and Invisible Touch rehearsals and tours. The bountiful collection of photographs is printed on hefty paper making for good quality prints and a heavy tome. Whilst it also carries a hefty price tag this wonderful book is a true collector’s item and will be a much treasured part of my band collection.