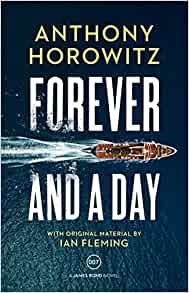 Blurb: A British agent floats in the waters of the French Riviera, murdered by an unknown hand. Determined to uncover the truth, James Bond enters a world of fast cars, grand casinos and luxury yachts. But beneath the glamour, he soon encounters a dangerous network of organised crime. It’s time for Bond to earn his licence to kill. He must find those responsible and unravel their devastating plan – before he becomes their next victim…
Comment: This latest continuation James Bond novel sees Horowitz return after his modest effort on Trigger Mortis. Here he decides to set his story as a prequel to Fleming’s Casino Royale, establishing Bond’s appointment to the double-o section and his first mission. The mission sees Bond travel to Marseilles to look into the death of his predecessor, who was investigating a local gangster. There is much exposition and time is taken on giving depth to the major characters in the story – notably the enigmatic Madame Sixtine, with whom Bond forms an alliance and an emotional attachment. The villains are the multi-millionaire Irwin Wolfe, who produces film stock and the slimy Jean-Paul Scipio – a Corsican gangster. The pace is a little laboured with the odd interjection of action until the finale aboard Wolfe’s steamer, which gives the novel an exciting finish along with a coda that wraps the story up nicely. Not many surprises but fans of 007 will likely enjoy this addition to the Bond library.