Blurb: Originally published as When the Women Came Out to Dance, Elmore Leonard’s extraordinary story collection, Fire in the Hole reconfirms his standing as the “King Daddy of crime writers” (Seattle Times)–a true Grand Master in the legendary company of John D. MacDonald, Dashiell Hammett, and James M. Cain. These nine riveting tales of crime and (sometimes) punishment–including the title story starring U.S. Marshal Raylan Givens, which was the basis for the smash hit TV series Justified–feature all the elements that have made the great Elmore Leonard great: superb writing, unforgettable characters, breathtaking twists, and the sharpest, coolest dialogue in the mystery-thriller genre.

An interesting collection of some of Elmore Leonard’s short stories and two novellas. The key story of interest is “Fire in the Hole”, which became the basis for the TV series Justified. This is one of two novellas included, the other being Tenkiller, which also plays like a modern day western. Sparks (1999, 17pp) ***½  is the story of an insurance investigator looking into a house fire of a property owned by a wealthy widow. It has echoes of Double Indemnity and gets the collection off to a solid start. Hanging Out at the Buena Vista (1999, 5pp) **½ is a short throwaway vignette set in a nursing home where two elderly people are coming to terms with their mortality. Chickasaw Charlie Hoke (2001, 17pp) *** is the story of an out-of-work ex-ball player trying to trade off his name. The story is insubstantial but features strong characters. When the Women Come Out to Dance (2003, 17pp) **** is one of the strongest stories in the collection and concerns a red-headed ex-stripper who has married into money and become Mrs Mahmood. She hires a maid she suspects had killed her own husband with the intention she does the same for her. This story too has some marvellous noir-ish touches and a satisfying twist climax. Fire in the Hole (2002, 56pp) ****½ is the main draw here. It features US Deputy Marshal Raylan Givens, star of Leonard’s novels Pronto and Riding the Rap, as he returns to his home town in Kentucky and comes across Boyd Crowder, who he “dug coal with” before he became a lawman. Crowder is now a bigoted criminal looking to wage war against black Americans and take control of the local drug trade. Most of the characters used in the TV series are introduced here and this is the best of Leonard’s stories to feature Givens. Karen Makes Out (1996, 22pp) *** features another of Leonard’s popular creations, US Marshal Karen Sisco. This story demonstrates her fallibility when she unknowingly becomes romantically involved with a bank robber. The story plays out in pretty predictable fashion, but Leonard is obviously at home with his characters here. Hurrah for Capt. Early (1994, 17pp) ***½ is a Western story of a returning black soldier from the Cuban war who faces bigotry from cowboys in a town welcoming home a war hero. The story plays out well with a strong, dignified, central character in Bo Catlett. The Tonto Woman (1982, 17pp) *** is also set in the west, where a rancher has his Indian wife living in exile in a log cabin, where she is befriended by a charming Mexican cattle rustler. This story plays out more as a morality tale and has familiar tropes of the genre. The final story Tenkiller (2003, 60pp) ***½ features ex-Rodeo rider now Hollywood stunt man, Ben Webster returning to his homestead to find three criminals have rented the property on which they are stripping hijacked trucks. There is the re-kindling of a romance and a satisfying showdown thrown into the mix. It is a formula that Ace Atkins would explore in his Leonard-inspired Quinn Colson series. This ends a satisfying mix of stories that demonstrate Leonard’s strength with handling plot, characters and dialogue in his distinctive economical style.

Samuel L Jackson was briefly interviewed at the premiere of The Incredibles 2 in London on 8 July and was asked about the new Shaft movie. He stated the movie’s 2019 June release date was to tie in with Father’s Day, given the nature of the relationship between his character and the of Jessie T Usher in the movie. HIs hinting toward a family orientated theme seems at odds with the previous films in the series, but may just be reflective of the nature of the three generations of Shaft in the movie, with Richard Roundtree also present to reprise his original role. 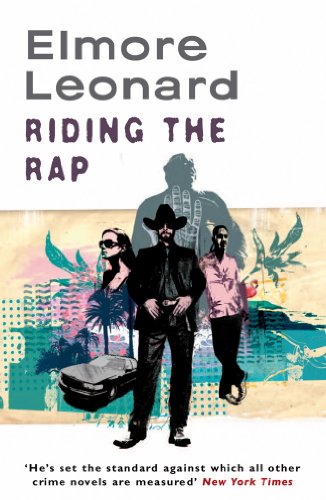