Doctor Who: The Return of Doctor Mysterio 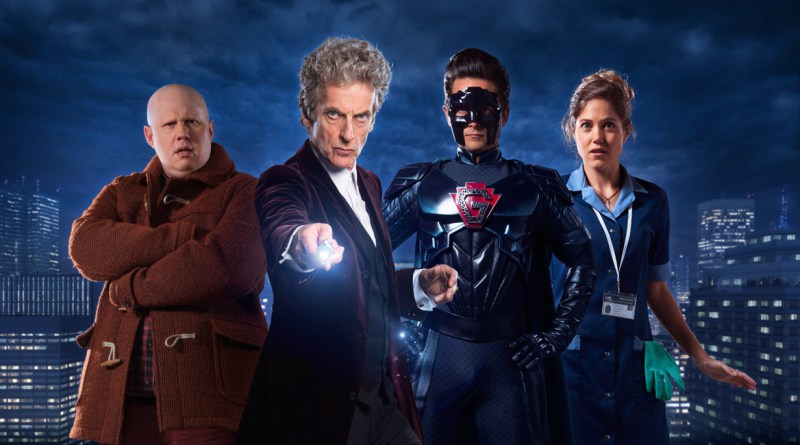 Synopsis: The Doctor spends Christmas in New York, but this time he is not the only hero in town. A deadly alien menace is poised to attack the city, and the Time Lord will need all the help he can get to stop it. Fortunately, Manhattan has its own protector in the form of a mysterious masked superhero.

Comment: Moffat riffs on the current saturation of comic book heroes in our multiplexes with middling results. The positives are Capaldi’s increasing comfort in the title role – his charisma and energy light up the screen – and the surprisingly effective Lucas as his companion.  The alien invasion plot, however, is a little weak as is Chatwin as Grant/The Ghost. Some nice in-jokes for comic book fans help make this an entertaining, if slight episode.

First off, Season’s Greetings to all who happen upon my website.

I have given the site a makeover for 2017, having decided to road test Word Press’ new template. Also, in my Guide to Shaft I have added visual title headers to each book and movie entry along with some new images.

Through 2017, I will continue with reviews of movies and books as well as updates on all things Shaft. I am currently working on a novel and have some ideas for more short stories and further novels to explore. I have contributed a chapter to a forthcoming book on 1970s pulp fiction. I am also looking to start further research for a book about the making of the first Shaft movie, for which I aim to seek publication in 2021 to tie in with the 50th anniversary of the film’s release.

For now, I hope you all have a happy and prosperous 2017. 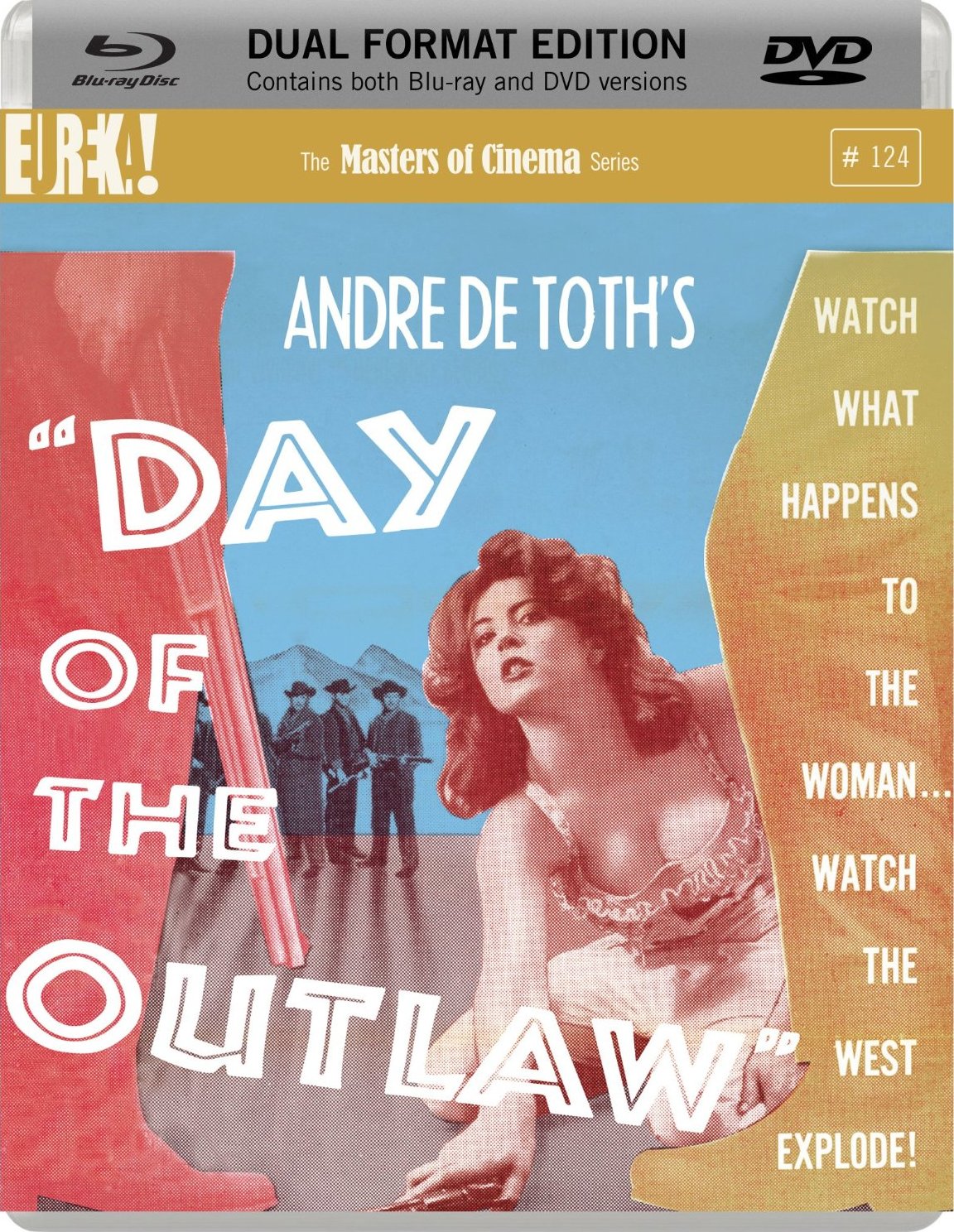 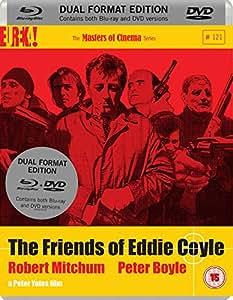 Blurb: For John Rebus, forty years may have passed, but the death of beautiful, promiscuous Maria Turquand still preys on his mind. Murdered in her hotel room on the night a famous rock star and his entourage were staying there, Maria’s killer has never been found. Meanwhile, the dark heart of Edinburgh remains up for grabs. A young pretender, Darryl Christie, may have staked his claim, but a vicious attack leaves him weakened and vulnerable, and an inquiry into a major money laundering scheme threatens his position. Has old-time crime boss Big Ger Cafferty really given up the ghost, or is he biding his time until Edinburgh is once more ripe for the picking?

Rankin’s twenty-first Rebus novel is an entertaining read and one that shows Rankin is extremely comfortable with his characters. In this one the plot is fairly ordinary based around two cases that weave into one. Rebus is now long-retired, but investigating an old case and still sparring with gangster Big Ger Cafferty. The interplay between the main characters is what works best in this book. Rankin otherwise plays to more conventional crime fiction tropes and as such the book feels closer to his earlier work than his later, more complex novels. Siobhan Clarke and Malcolm Fox are on-board as is Cafferty’s challenger for the control of the Edinburgh crime scene – Darryl Christie. The book continues the gangland arc from Even Dogs in the Wild and sees it through to a satisfying conclusion, that sets up the series for the future. Rebus himself, is coming to terms with growing old and bronchial problems. He has, however, lost none of his acerbic wit and doggedness. Seeing him work with, but outside of, the police has given the series a new lease of life.

Last year saw the long-awaited return to the printed page of John Shaft in the form of David F. Walker’s 6-part comic book prequel to the Ernest Tidyman novels, Shaft: A Complicated Man. The book was a superb re-introduction of the character in a story which added depth to Tidyman’s creation and was loaded with late 1960s New York atmosphere, enhanced by Bilquis Evely’s evocative art work. There was the promise of more to come from Dynamite Entertainment and in 2016 Dynamite delivered more.

Shaft’s Revenge, also penned by David F. Walker, was published on 10 February (having been serialised the previous year via a QR download to smart phones) and was the first prose novel to feature the character since Tidyman’s The Last Shaft (1975). Walker deftly slotted this into Shaft’s timeline some time between Shaft’s Big Score! (1972) and Shaft Has a Ball (1973). He took Tidyman’s character outline and expanded on Shaft’s history as well as introduced a memorable new gangster in the offbeat form of Linwood “Red Linny” Morton. The story stayed true to Tidyman’s prose style, whilst again adding depth to Shaft’s character and Walker left room for further adventures. Jeff Kingston Pierce commented in his year end round-up at Kirkus that “David F. Walker does an estimable job of capturing Tidyman’s third-person style, and there’s plenty of sex and violence to be had in these pages…which is exactly what any Shaft fan would expect.”

February also saw the beginning of a four-part run of Walker’s follow-up comic book, Shaft: Imitation of Life. This second run took a different approach both in story and visually, with Dietrich Smith providing more colourful and gritty, if less stylised, art work. Whereas in A Complicated Man, Shaft had been drawn true to Tidyman’s vision of his character, in Imitation of Life pressure from Dynamite made sure Shaft took on the image of his movie persona as portrayed by Richard Roundtree. The story was less successful, introducing elements of self-reference and satire that are intended as pointed criticisms of the approach supposedly to be taken in New Line’s planned reboot of the movie franchise that Walker had taken exception to. Still, there were enough strong moments to satisfy fans of the first comic book. The issues ran through to 25 May and a trade paperback version is set to be published in February 2017.

In its press release in May 2014, Dynamite had promised to republish all seven of Tidyman’s original novels. 2016 saw them begin this process and Shaft (1970) was duly published on 20 July with cover art by Robert Hack. Whilst I had issues with the text format (indents too deep, for example), it was great to see a Tidyman original back in print. The books also contained a preview for Shaft Among the Jews (1972), which promised a swift follow-up. There was also an Italian publication of the novel.

Sadly, apart from the trade paperback publication of Shaft: Imitation of Life, there is no further news on future Shaft releases via Dynamite at this point. The comic book and novel sales have not been spectacular and this may cause Dynamite to re-evaluate their strategy. It is to be hoped we will see more from Walker as he has a real feel for the character and I know he has more Shaft stories he wants to tell. In the meantime, I am optimistic Dynamite will at least deliver on their promise and complete the reprint of the originals.

As for the proposed movie re-boot. There has been no further news on development since New Line’s response to fan (and in particular Walker’s) criticism of their proposed, more “comedic”, take on the character in August 2015 when producer John Davis stated, “It’s a reinvention of the story so that it’s both fresh and harkens back to what we love about that character. It’s drama, but it’s going to be drama with a lot of fun moments. A lot of lighter moments.” The movie seems to be stuck in development hell. Some may see this as a good thing and an indication that a re-think may be in order. In my view, New Line would be best advised to adapt Walker’s Shaft: A Complicated Man as this is a superb re-introduction of the character that would make a great movie.

Based on Ken Bruen’s crime novels. Jack Taylor is an Irish ex-cop, on the wrong side of forty who has become a finder with a sharp tongue and a soft heart. He takes on the cases the police won’t touch, no matter how hopeless. He’s pig stubborn. He defends the lost and the broken. He’s good because he looks where no one else looks, talks to the people no one else talks to. Moreover, he knows every back street in his hometown, Galway, knows the seed and breed of everyone in it. But small towns have big memories, and like Jack they are quick to anger and slow to forgive.

Iain Glen returns for a third series of Jack Taylor and his character has been mellowed. Gone too are Nora-Jane Noone as Kate Noonan (replaced here by Siobhan O’Kelly) and Killian Scott whose character is replaced by Jack Monaghan as Noonan’s nephew. The episodes are adapted from Ken Bruen’s novels with varying degrees of success, but this still remains an entertaining series with Glen compelling in the lead.

Cross (17 November 2016) ∗∗∗  d. Stuart Orme; w. Marteinn Thorisson. Guest Cast: Erin Gilgen, Alan McKee, Ross McKinney, Shane Robinson, Lalor Roddy, Killian Scott, Elva Trill, Sinead Watters.  Misplaced passions come to the fore when a young man is found crucified. Joined by eager new assistant Darragh, Jack learns that the victim’s brother had been implicated in the death of a woman, and now her family are out for revenge on a biblical scale. Effective episode is more conventional in its thrills and mystery, But Glen is excellent as a slightly mellowed Jack Taylor. Traces of humour as well as the macabre. [15]

Headstone (24 November 2016) ∗∗∗½  d. Stuart Orme; w. Marteinn Thorisson. Guest Cast: Christopher Fulford, Ian Beattie, Fiona Bell, Diarmuid Noyse, Roisin O’Neill, Peter Campion, Simon Boyle. Jack is asked to locate a former nemesis of his who has been kidnapped and is being held for ransom, while also supporting Kate as she prepares for a major operation of her own. Grim and violent, but laced with dark humour. The plot is standard fare. [15]

Purgatory (1 December 2016) ∗∗∗  d. Charlie McCarthy; w. Marteinn Thorisson.  Guest Cast: Laura Aikman, Rory Fleck Byrne, Christopher Fulford, Eva-Jane Gaffney, Sarah Jane Seymour. While still dealing with the fallout from the previous episode’s events, both Jack and Kate become involved with investigating the murder of a young intern who worked at the Irish branch of a large American game software company. This is probably the least effective of the three episodes in this series – the only one in all the series not directed by Stuart Orme. There is resolution to a number of arc threads that have been spread across these three movies. [15]