Blurb: Retirement doesn’t suit John Rebus. He wasn’t made for hobbies, holidays or home improvements. Being a cop is in his blood. So when DI Siobhan Clarke asks for his help on a case, Rebus doesn’t need long to consider his options. Clarke’s been investigating the death of a senior lawyer whose body was found along with a threatening note. On the other side of Edinburgh, Big Ger Cafferty – Rebus’s long-time nemesis – has received an identical note and a bullet through his window.

This is the twentieth novel in Ian Rankin’s highly successful Rebus series and he shows no signs of tiring of his creation. It is a punchy and absorbing crime novel, expertly plotted and populated with a strong cast of characters. The retired Rebus is now acting as a consultant to the police and his interplay with ex-colleagues and gangsters remains as sharp as ever. Freed from the shackles of paperwork and the need to answer for his actions, Rebus is re-energised with Rankin having fun with theses aspects. Clarke and Malcolm Fox are also given room to breathe with Fox determined to prove he is a good detective and often going off radar to do so and Clarke the control element to clue the investigation together. Two plot threads intertwine with current affairs, a trademark of Rankin’s novels. There is also a softening of the character of Big Ger Cafferty – Rebus’ lifelong gangster nemesis – and whilst their scenes together contain the usual caustic banter, Rankin shows the men have a high level of respect for each other. Already Rebus 21 is in the works with Rather Be the Devil due out in hardback in November as the series continues to maintain its level of quality. 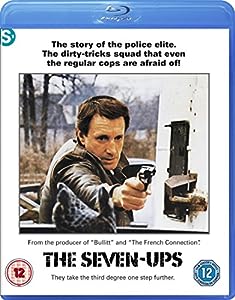 Seven-Ups, The (1973; USA; DeLuxe; 103m) ∗∗∗½  d. Philip D’Antoni; w. Albert Ruben, Alexander Jacobs, Sonny Grosso; ph. Urs Furrer; m. Don Ellis.  Cast: Roy Scheider, Victor Arnold, Jerry Leon, Ken Kercheval, Tony Lo Bianco, Larry Haines, Richard Lynch, Bill Hickman, Lou Polan, Matt Russo, Joe Spinell, Robert Burr, Rex Everhart. A tough detective who is part of an elite New York City unit is trying to find out who killed his partner, but uncovers a plot to kidnap mobsters for money. Effective cop thriller in the mould of THE FRENCH CONNECTION, including some of the team involved. Whilst it does not quite hit the heights of that film, this still has its moments including a great car chase that acts as a centre-piece. Spare score by Ellis adds to drama. [12] 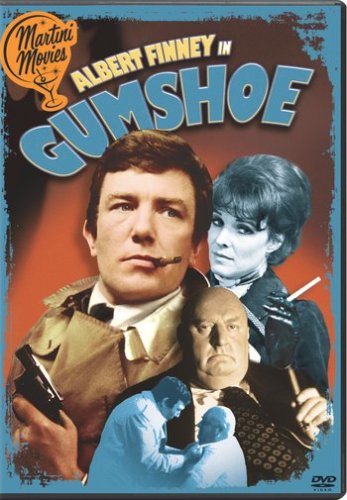 Blurb: Harry Bosch is back in Homicide after disciplinary leave. But his first case proves to be one of the most difficult. In the wooded hills overlooking the Hollywood Bowl, he opens the trunk of a white Rolls-Royce and finds a corpse. It looks like a simple case of Trunk Music – a Mafia hit, the victim shot in his own vehicle – but the victim is movie producer Tony Aliso, and the Mafia weren’t the only ones after him. Bosch finds himself up against the FBI – and back in the arms of a beautiful ex-felon. It’s starting to look like Harry’s first case back in Homicide is in danger of being his last . . .

The fifth novel in Michael Connolly’s Harry Bosch series has been reprinted following the successful recent TV adaptation by Amazon. The only other Connolly novel I have read was the later Lost Light (the 9th in a series currently totalling 18 titles) published in 2003 in which Bosch, having retired from LAPD, was a private investigator. Trunk Music sees Bosch returning to his LAPD detective post following a suspension and once again he is at odds with various law enforcement entities as he unravels the murder of a low-rent Hollywood film producer. the case introduces elements of Bosch’s past with his former lover Eleanor Wish making a re-appearance having been a key character in the series debut The Black Echo (1992). The plot carries a number of red herrings, tons of confrontational macho dialogue and a protracted finale. It’s all very enjoyable on its own terms and will no doubt satisfy fans of the series, but it does feel a little like a product of the Hollywood machine the series often derides. 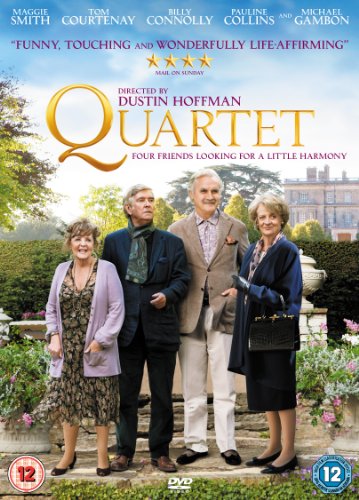 The jacket covers for both the UK (below left) and US (below right) versions of Phil Collins’ upcoming biography, due to be published on 20 October, have been posted on Phil’s official site. The title has been revealed to be “Not Yet Dead” another example of Collins’ love of all thing Monty Python (presumably a reference to the “Bring out your Dead” scene from Monty Python and the Holy Grail).

The blurb reads: Phil Collins gained fame as both the drummer and lead singer for Genesis and continues to enjoy worldwide success today.

He’s one of only three recording artists who have sold over 100 million albums both as solo artists and separately as principal members of a band – the other two being Paul McCartney and Michael Jackson. Revered as a drummer, he’s the only performer of distinction to have appeared at both the UK and US original Live Aid concerts, the creator of numerous worldwide hits, and is an Oscar winner for the song ‘You’ll Be in My Heart’, from the Disney film Tarzan.

Phil Collins’ life has also been rich with experience outside of music, starting with his career as a child actor, appearing aged 13 as the Artful Dodger in the stage production of Oliver! through Chitty Chitty Bang Bang, Miami Vice and The Band Played On.

In his memoir Phil talks honestly about his three failed marriages, his alcoholism and his ill health but also describes the highs and lows of his career, and what it is like to work with other rock legends from Eric Clapton to Robert Plant.

Published to coincide with the release of a singles collection, Not Dead Yet will thrill fans and change minds. 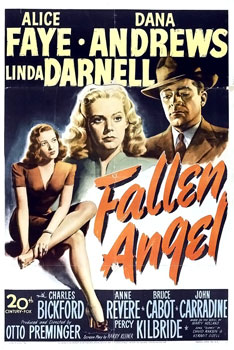 Fallen Angel (1945; USA; B&W; 94m) ∗∗∗½  d. Otto Preminger; w. Harry Kleiner; ph. Joseph LaShelle; m. David Riskin.  Cast: Dana Andrews, Alice Faye, Linda Darnell, Charles Bickford, Anne Revere, Bruce Cabot, John Carradine A slick con man arrives in a small town looking to make some money, but soon gets more than he bargained for. Well cast film-noir is solid entertainment despite the melodramatic and uneven nature of its script. Andrews is always a great rogue and there are some effective individual scenes. Darnell makes the most of her manipulative role, whilst Bickford adds a layered performance as a semi-retired cop. Based on the novel by Marty Holland. [PG] 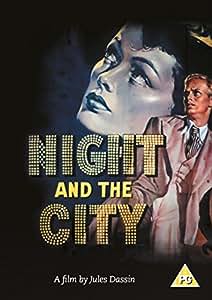